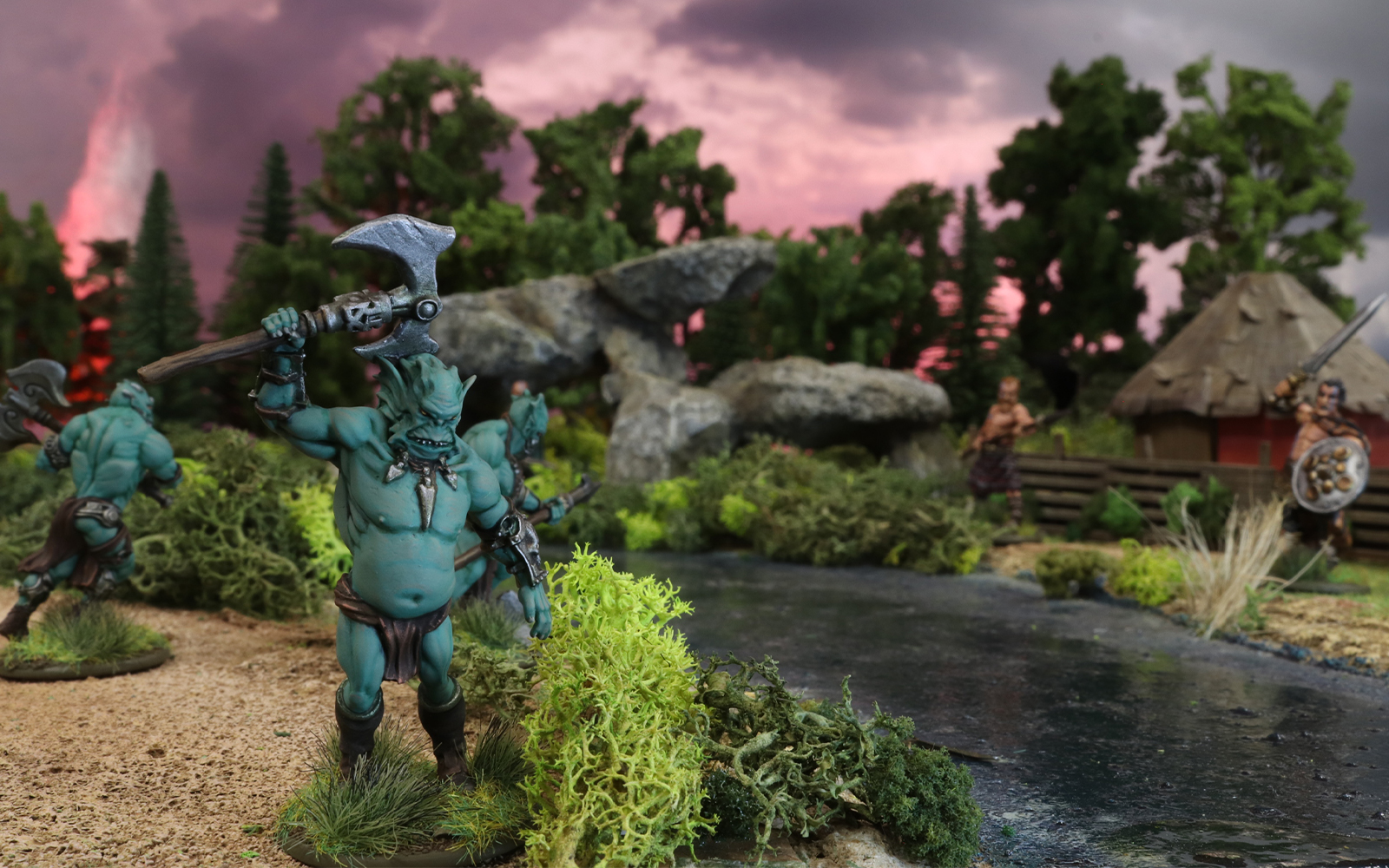 The new Sláine tabletop skirmish game pits the titular hero against not only human adversaries, but also creatures such as the Fomorians. Forever enemies of the human tribes, these aquatic warriors have returned to fight alongside their new allies, the Drunes. Led by the monstrous Balor of the Evil Eye, they have now seized swathes of Tir Nan Og.

The Fomorian Warband box contains nine of these aquatic warriors. Armed with hook and chains, harpoons or great axes, this allows players versatility and choice when assembling their Fomorian warbands.

Forming the bulk of the Fomorian ranks, Sea Demons variously serve as Balor’s tax collectors, slavers and executioners. Like their leaders, they have a penchant for drinking human tears.

As the rank and file of the Fomorian masses, Sea Demons have a profile similar to those of the Earth Tribe Warriors. However, with a Resist of 3, they are tougher than their human counterparts; this is just as well, as, with an Evade of 0, they’re easy to hit! As with the Earth Tribe Warriors, they are weak when fighting alone, but Group allows them to combine their individual Shoot and Fight stats of 2 when attacking the same opponent; this gives a group of Fomorians a potential Fight and Shoot of 6!

The Sea Demon’s Aquatic skill reflects its native environment, ensuring it suffers no penalty to its Move and gains +1 to its Evade stat when in water. Also, as the elite warriors of their people, Champion of the Deep allows Fomorian Champions to draw one Feat card at the beginning of the game.

All Fomorian Sea Demons and Champions are equipped with chain and hooks as standard, but these can be exchanged for harpoons or man-catchers at the cost of +2 Notoriety per model. Each of these weapons possesses different attributes:

Only the Chain and Hook, however, has the Defender attribute. This attribute allows each [SPECIAL] result rolled by a Model equipped with Defender items to be considered a [SHIELD]. Both the Chain and Hook and Harpoon can also be used as ranged weapons thank to their Thrown attribute.

Leading Balor of the Evil Eye’s host of Sea Demons, these brutal warriors are the hardiest of the Fomorian ranks. They are feared throughout Tir Nan Og.

A Fomorian Champion is a durable opponent. With a Resist and Cool of 4, it is on par with characters such as Slough Throt, Robym, Medb the Sorceress and Queen Niamh. Whilst its Shoot of 2 is underwhelming, its Fight of 3 makes it second only to the warriors of the Sessair Red Branch and elite characters like Niamh, Lord Weird Slough Feg, Elfric, Balor and Sláine himself.

As with the Fomorian Sea Demons, Champions also benefit from the Aquatic skill; this makes them at least a little harder to hit when in the water.

Fomorian Sea Demons Champions can exchange their chain and hooks for harpoons or man-catchers at the cost of +2 Notoriety per model. Each of these weapons possesses different attributes.

All three of these weapons have the Snare attribute, meaning any model they hit must reduce its Evade statistic by -1 and may not Give Ground.

These formidable warriors will be available separately in a box of three. Look out for news of this release soon.

Balor of the Evil Eye

Leading the Fomorians from the waters of Lochlann, Balor has conquered swathes of Tir Nan Og. A formidable warrior, his prowess is made even more dreadful thanks to his Evil Eye. This enchanted orb, with which he has replaced one of his natural eyes, can project deadly bolts of magical energy. He rides a huge elk into battle.

With a Notoriety of 20, mounted Balor is one of the most expensive models in the game. This reflects his position as one of the most pivotal characters in the source material. His Cool of 5 is the equal of Sláine, Eflric and Slough Feg; his Resist of 5 is matched only by those other epic villains, Elfric and Slough Feg, and beaten only by Warped Sláine’s 6. His Shoot is also 5; this, again, is equalled by Elfric alone.

Whilst, like his Fomorian foot soldiers, he benefits from Aquatic and Hero of the Deep, he also boasts Mounted and Evil Eye. The former ensures that Balor cannot be forcibly dismounted from his elk and, whilst mounted, gains an additional D3” whilst moving; this potential bonus to his movement could make him the fastest character in the entire Sláine range! Evil Eye, meanwhile, ensures Balor begins each game with the Deadly Gaze Feat card

Get started with Sláine and lead a Fomorian Warband to victory with this starter bundle. Containing the Kiss my Axe! Starter Set – which gives you everything you need to play, as well as a terrifying leader in the form of Balor of the Evil-eye and the Fomorian Warband box set, you’ll have a strong base of warriors, champions and heroes with which to find glory in the lands of Tir Nan Og. 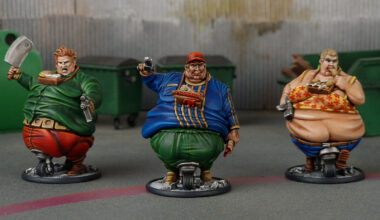 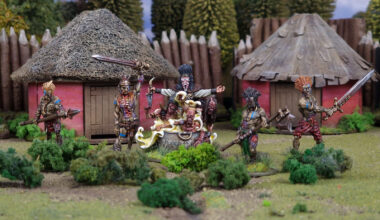 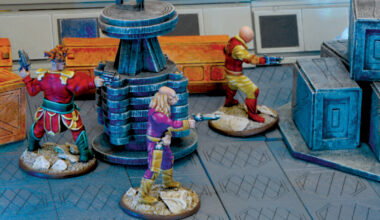 Read More
Listen up you Sneckers! There’s a storm brewing, and we need you to get creating simps to throw into the meat grinder!
SSláine Miniatures Game 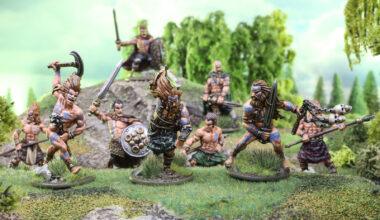 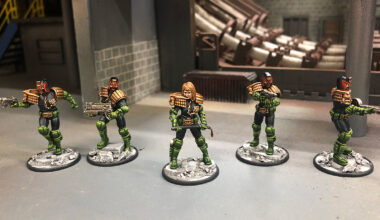 Read More
We’re delving back into Mega-City One with a look at the personnel and equipment of the Justice Department. Enter the judges!