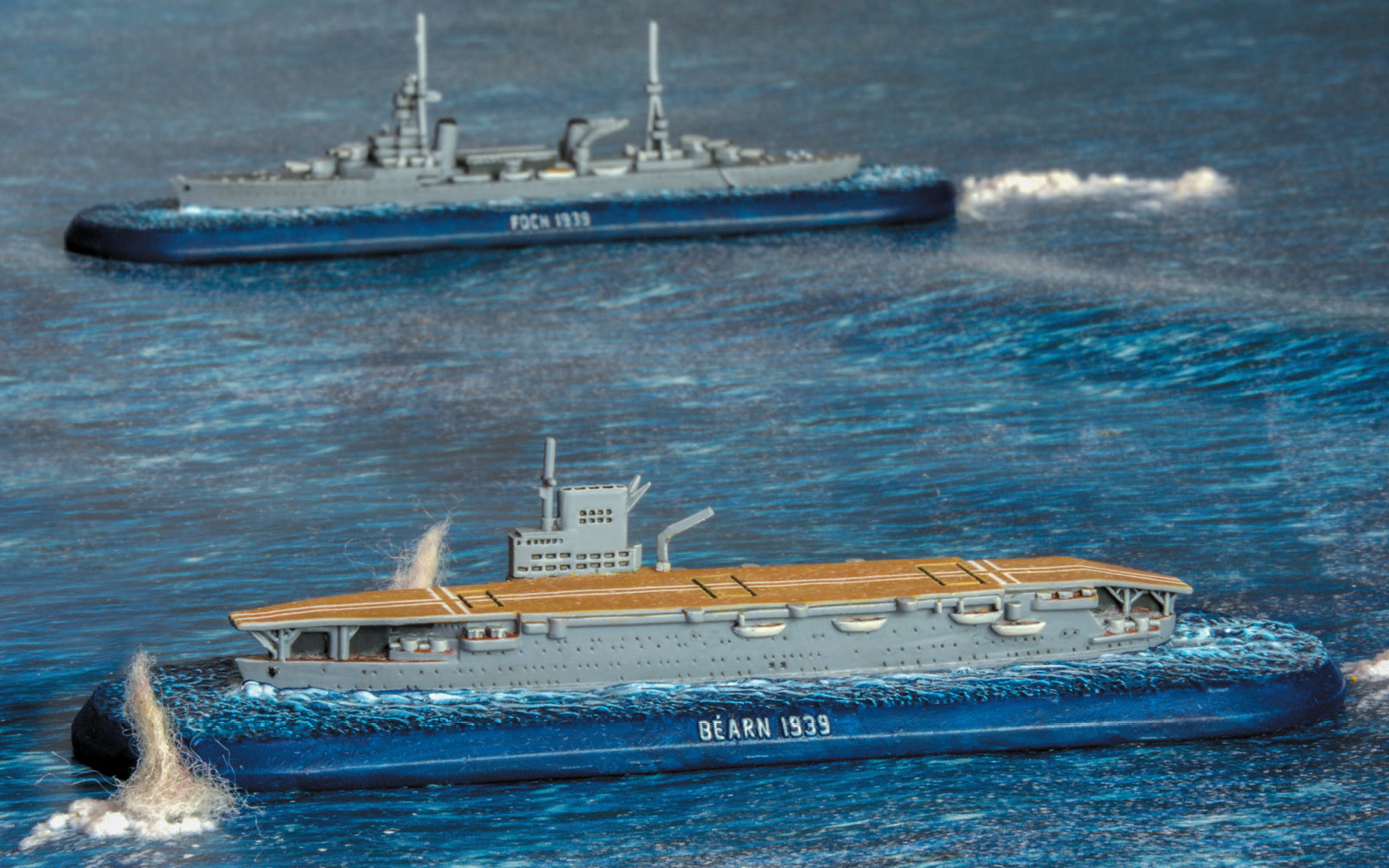 Home Vessels of the Marine Nationale
VVictory at Sea

Vessels of the Marine Nationale

There were to have been four ships of the Richlieu-class, with the first two laid down in 1935 and the second pair following in 1935. Gascogne was cancelled and Clemenceau never completed. The last ship followed a modified design which placed one of the turrets aft of the superstructure – the original design had both main armament turrets forward, much like the Dunkerque-class. Designed as a counter to the powerful Italian battleships being built, the Richelieu was protected against 15-inch shells and mounted eight 15-inch guns of its own, on what started as a 35,000-ton hull. Neither ship of the class was quite finished at the time of the French surrender.

Richelieu, which was almost complete, escaped to Dakar in order to keep here under French control. She came under repeated British attacks that were intended to compel the battleship to join the Free French Naval forces or sink her, thus denying the Axis opportunity to deploy the Richelieu for their own means. In 1942 she eventually, joined the Allied cause and, after a refit in the USA, was deployed to the Far East to serve with the British fleet for operations against the Japanese – although present at the Battle of the Malacca Strait, she was too far away to directly engage the enemy vessels.

She was part of the force that liberated Singapore in the aftermath of the Japanese surrender in 1945 and later operated in French Indochina before being recalled to France in December 1945. She ship saw training duty on and off active-service for the remainder of her existence, eventually being sold for scrap in 1968.

In 1923 it was decided to convert an incomplete Normandie-class battleship to a carrier. Despite a refit in 1935, she was far too slow for fleet operations in World War Two and was demilitarised in 1942. In 1943 she joined the Free French Naval Force where she served for a time before being converted to an aircraft transport. Béarn was the only French aircraft carrier to serve in the war – of the two ships of the projected Joffre-class, one was cancelled and the other was not completed.

Built as a training cruiser for the French Marine Nationale the Jeanne d’Arc was both floating school and combat capable warship. During WWII she formed part of a flotilla taking French gold to Canada before joining Free French forces in 1943.

The single vessel of the Jeanne d’Arc-class was designed to use the same guns as the Duguay-Trouin-class. She was considered a training vessel and as such didn’t require the speed or armour of a cruiser. Stationed in Martinique, she joined the Allies in 1943, receiving a refit in which her torpedo tubes and aircraft were removed, and improved anti-aircraft armament was fitted. After 1943 she served in the Mediterranean.

The four vessels of the Suffren-class were based on the Duquesene-class, though each was built to slightly different standards as lessons were learned from the preceding ship. Their hull form was sleek and graceful, taking a classic cruiser form. While the Duquesne-class lineage was apparent, the Suffren-class had a much more modern look about them. Armour protection was somewhat better than the preceding class, though speed was reduced as a consequence.

Foch spent the early period of WWII in Dakar as part of Force M and formed part of a force bombarding Italian assets near Genoa. After the fall of France Foch joined Vichy French forces before being scuttled with other French vessels in late 1942.

The four vessels of the Suffren-class were based on the Duquesene-class, though each was built to slightly different standards as lessons were learned from the preceding ship. Their hull form was sleek and graceful, taking a classic cruiser form. While the Duquesne-class lineage was apparent, the Suffren-class had a much more modern look about them. Armour protection was somewhat better than the preceding class, though speed was reduced as a consequence. Suffren remained at Alexandria from 1940 to 1943, when she joined the Allied cause.

Suffren, the lead ship in her class, operated in the Dodecanese Islands early on in the war before peacefully surrendering to the Royal Navy – in sharp contrast to the fate of many French vessels at Mers-el-Kebir. Refitted she would join the Allied cause in 1943.

Also known as the Jaguar-class, Chacal (Jackal)-class destroyers were designed to fulfil a scouting role for fleet battle lines and to attack enemy shipping in the Mediterranean. As a result, they possessed poor endurance, mounted no anti-submarine weapons, and had woefully inadequate anti-aircraft fire, especially in the face of the German Luftwaffe.

The six ships of this class were all named after predators (Chacal, Jaguar, Léopard, Lynx, Panthère, Tigre) and saw wildly varying actions and fates during the war. This pack enables you to represent three of these vessels on the tabletop.

When launched, the Surcouf was the largest submarine in the world, only surpassed in the Second World War by the Japanese I-400-class submarine.

Her intended role was that of commerce raider and her design was intended to maximise this mission. She had a range of 10,000 miles, could sail for 90 days and was equipped with a Besson MN-411 floatplane in a hanger aft of the tower to scout for victims and spot for her main battery.

Her torpedo outfit included four forward internal tubes, a quad trainable mount aft and a second quad trainable mount aft equipped with lightweight torpedoes. She even had a prison hold for up to 40 captives. However, the most striking aspect of her design was the inclusion of a special, watertight turret forward of the tower which carried two eight-inch naval guns.

Surcouf was a very complex design, plagued with mechanical troubles. She was difficult, slow to dive and rolled badly on the surface in rough seas. She was also so low to the horizon that the effective range of her 8-inch guns was greatly reduced. When war broke out, Surcouf was in the French Antilles and by the time she returned to Brest was in need of repairs. When France fell, Surcouf escaped to England, where she was seized by British sailors. She was subsequently turned over to the Free French who regarded her with pride while the British Admiralty considered her, perhaps unfairly, something of a joke.

With the distinction of having fought on both sides of the war, this aircraft could conceivably fight among the likes of the Bf 109 and Spitfire but mass production did not start until after the war had begun, thus limiting its effect on history. During the Battle of France, this aircraft claimed 108 confirmed kills and 39 probable, against 54 losses.

With its distinctive gull-wing, the LN.401 was often confused by allied pilots for the Ju-87 Stuka, leading to many French pilots becoming the victim of friendly fire – in fact, it was sometimes dubbed the ‘French Stuka’. Designed for hunting submarines, the LN.401 suffered heavily in the Battle of France. 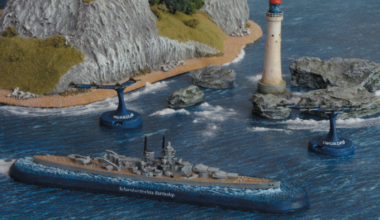 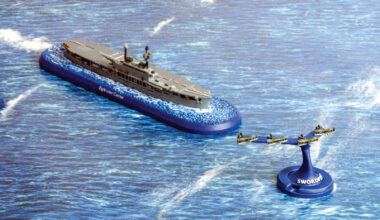 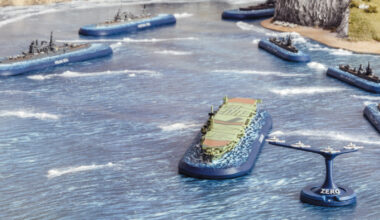 Read More
A brief history of the Japanese Vessels available in the Victory at Sea starter fleet...