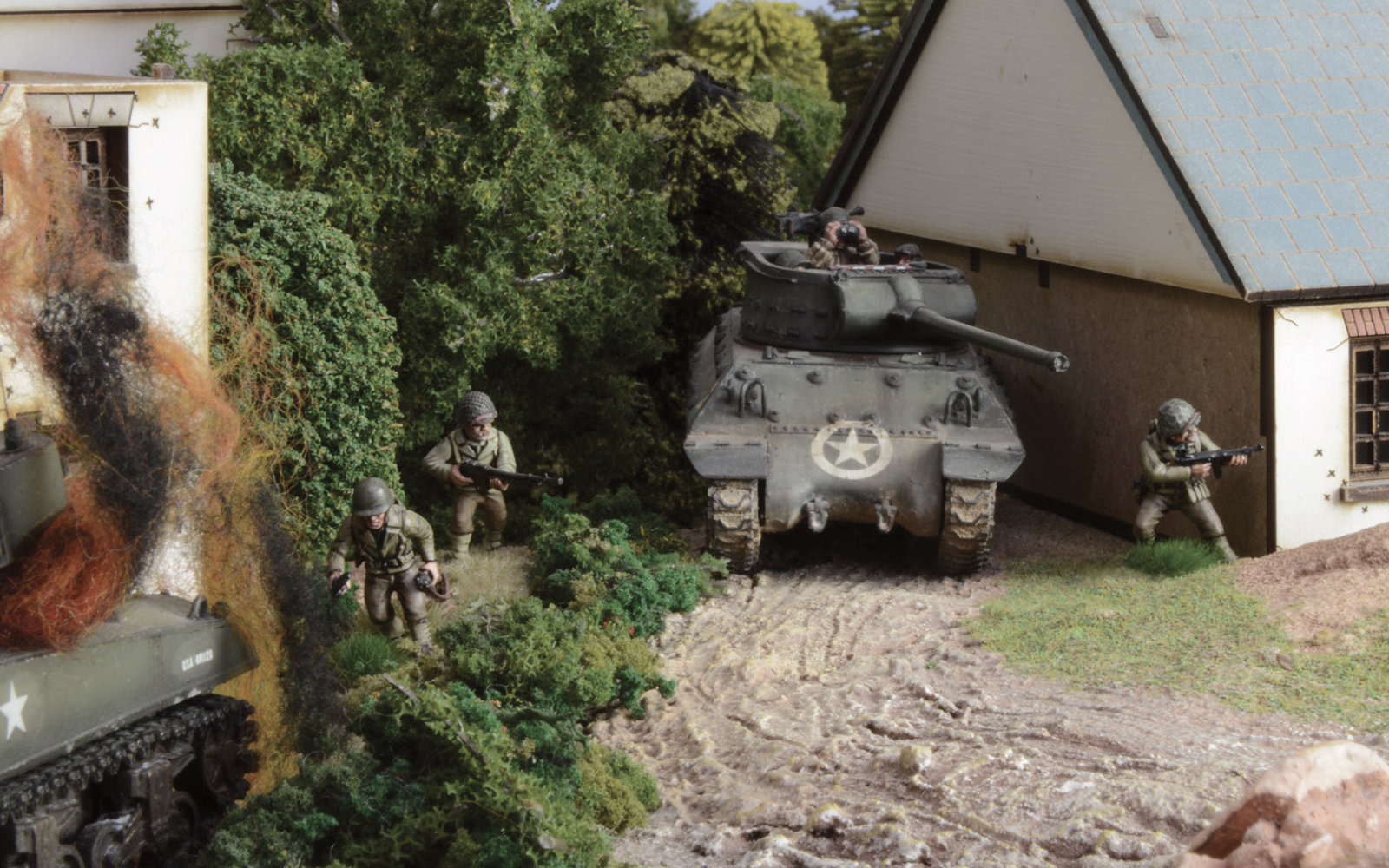 Leading the Way! US Army Rangers

One of the most daring, dangerous, and infamous attacks of D-Day was the US Army Rangers’ assault on the guns of Pointe Du Hoc.

Ordinary men performing extraordinary missions, the highly motivated and highly trained troops of the US Rangers battalions played important roles in almost every major Allied invasion of the Second World War. Whether spearheading a landing force or scouting deep behind enemy lines, the US Rangers became one of the most legendary units in US military history.

The history of the Army Rangers in the United States can be traced back as far as the 17th century, when small units were used as scouts during the wars between colonists and Native Americans. These early operations combined traditional western methods of fighting with the more guerrilla style of combat used by the Native Americans, resulting in ‘ranging’ for the enemy and the adoption of the name ‘Ranger’. Major Robert Rogers established ‘Rogers’ Rangers’ in the mid 18th century and penned the 28 Rules of Ranging which are still taught to modern day US Army Rangers.

By the time the United States entered the Second World War, the American Army was faced with many of the same problems that Britain had faced two years previously; such as how to be seen to be taking the fight to the enemy so as to maintain morale on the home front, whilst also striking terror into the ranks of the enemy. Britain had addressed this problem in part with the establishment of the ‘Commandos’; elite, highly trained specialist raiding forces who used asymmetric methods of warfare. President Roosevelt was keen to adopt a similar approach and Colonel Lucian Truscott was sent to liaise with the British General Staff in spring 1942, to investigate the feasibility of creating American commando-style units.

Truscott submitted his proposals in May 1942, including the use of the term ‘Ranger’ because: “the name Commandos rightfully belonged to the British, and we sought a name more typically American.” In June 1942, the 1st Ranger Battalion was assembled at Carrickfergus in Northern Ireland, after a demanding two week selection process whittled down thousands of volunteers to 700 men. These men began training in earnest at the British Commando Training Depot in Achnacarry, Scotland. 26 officers and 488 enlisted men successfully completed the training, including their Commanding Officer, Major William Darby. The Rangers were ready for action.

The US Rangers, during the Second World War, will forever be remembered for their daring assault on the cliff-top German gun battery at Pointe du Hoc, the guns of which could have potentially decimated the troops landing on the beaches on D-Day. Companies D E and F of 2nd Rangers Battalion would scale 100 foot tall cliffs the German defenders considered to be impassable, by climbing ropes hanging from rocket-propelled grapnels.

Once at the top of the imposing cliffs, and under heavy German fire, they secured the battery site only to find that their intelligence was wrong and the lethal 15.5cm guns were no longer in position, having been moved 500 yards to the rear. Through bold actions and no little bravery, the Rangers located and destroyed the guns before they could bring their deadly payload to bear on the incoming invasion force, then defended the high ground through a further 56 hours of relentless German counter attack by the 352nd Infantry Division.

The 2nd Rangers were immortalised in such movies as Saving Private Ryan and The Longest Day in action on Omaha beach and indeed this is where their motto was first coined – Having landed on Dog-White sector at the western end of the beach, pinned down with the 29th infantry division, General Norman Costa found himself in a critical situation. At the point of calling off the assault he turned to a Ranger saying “Rangers, Lead the way!”  Along with the 5th Rangers, A and B companies of 2nd Rangers forced their way off the beach under murderous fire, outflanking the beach defences by the bluffs and creating the opening needed for the successful landings.

Members of 5th Rangers Battalion then went on to relieve those of 2nd Battalion at Pointe du Hoc and keeping the momentum attacked the Maisy Battery near the French village of Grandcamp-Maisy that still threatened the Omaha Beach head.

The 23 Rangers of the 5th Battalion who reached Pointe du Hoc on the 6th of June were awarded the Presidential Unit Citation for the 5th Rangers for the “Deepest penetration of any combat unit on D-Day”. Their commanding officer, Major Richard Sullivan, won the Distinguished Service Cross for the 3 actions: The landings on Omaha Beach, the relief of Point du Hoc, and the successful capture of the Maisy Battery.

Fielding the US Army Rangers

In recent Campaign book, D-Day: US Sector, you’ll find an invaluable resource for fielding US Rangers in games of Bolt Action. With a selection of new units, characters, special rules and theatre selectors, you’ll be equipped with all the tools for using a US Rangers army, whichever theatre you select. All infantry units in a US Rangers army benefit from the special rule, Rangers Lead the Way! – Rangers are allowed to make a Run move after both sides have finished set-up, but before the first turn of the game.

Then, dependent on your chosen theatre selector, you may receive additional benefits or restrictions. For instance, if you were using the Late War Ranger Company Theatre selector, all your infantry and transports must be veterans. 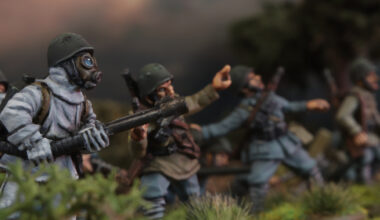 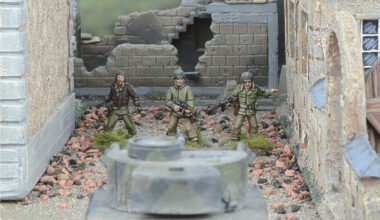 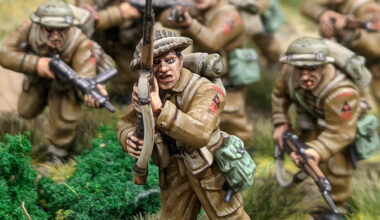 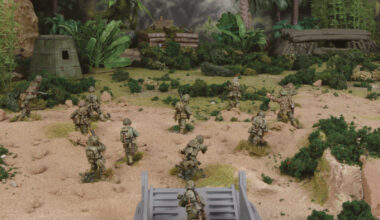 Read More
The Battle of Tarawa was among the first targets of the Island Hopping Campaigns of the Pacific.
GGerman Army