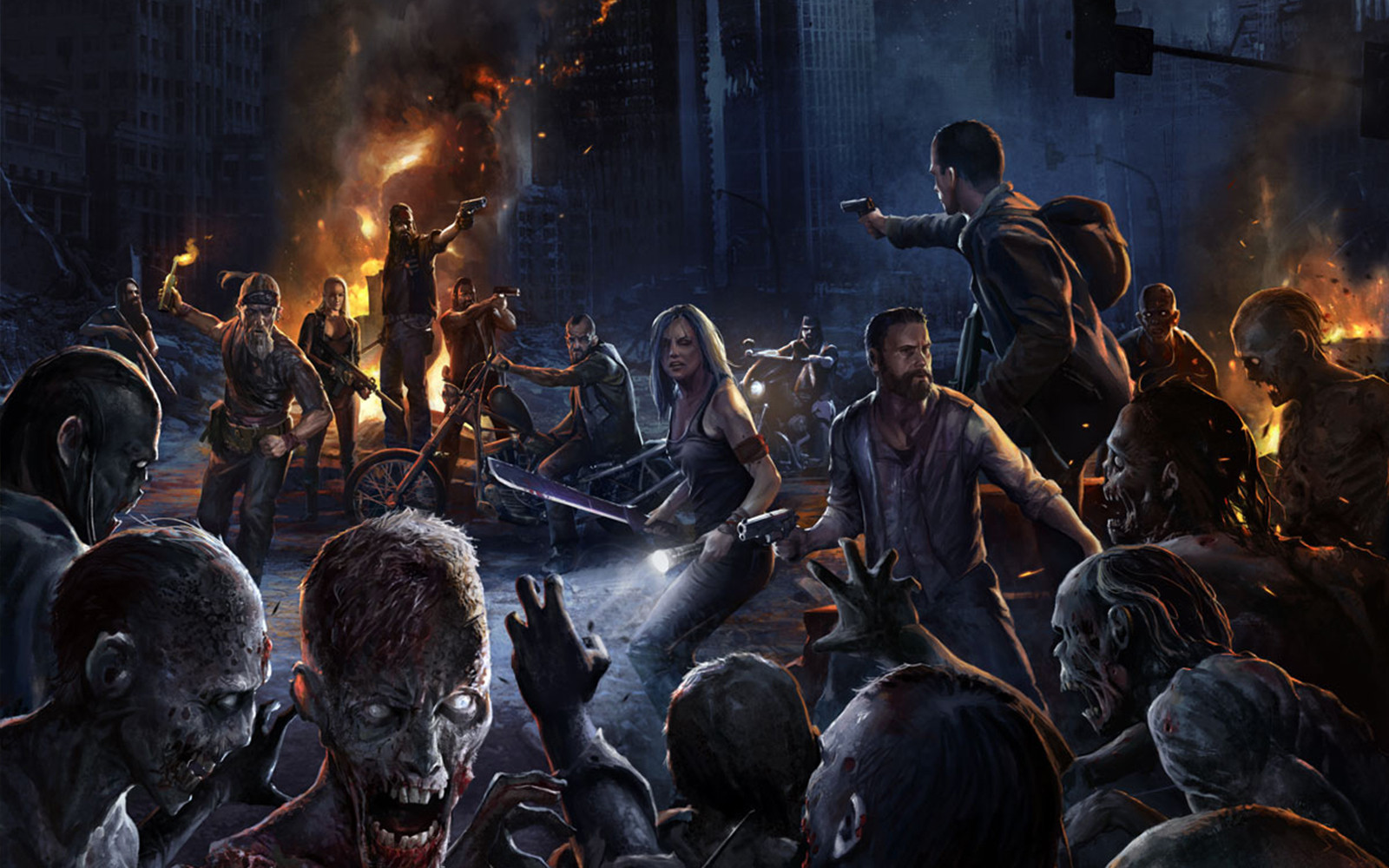 Battle off hordes of Zombies in skirmish wargames set on a post-apocalyptic Earth.

Scavenge to survive in the abandoned streets of a city infested by unnatural creatures hungry for your flesh. Hunt down pitiful and desperate citizens to bag in the scarce goods in the saddlebags of your bikes. Whichever your choice, watch out for your ammo and manage your limited resources to make it another day. Sooner or later you will be dead, you may as well take some of those bastards with you.

Project Z is a skirmish wargame for 1 to 3 players taking control of common survivors or street gangers trying to survive the environment and an ever-growing horde of zombies. With fast and easy to learn game mechanics and specially designed dice and cards, you’ll be able to start playing your first game in a matter of minutes.

Project Z is a scenario-driven skirmish wargame played over a set number of turns in which opposing players move and combat with their miniatures in order to achieve the greatest number of victory points. While this is happening a horde of zombies, controlled by the game, tries to catch a decent meal…

Whilst a game of Project Z is perfectly fine as a stand-alone, one-off affair, the game really comes into its own as a series of narrative-based linked campaign games in which your team of characters gathers vital supplies over the course of several scenarios before breaking out of the zombie-infested hellscape in a last-ditch heroic stand.

Back by popular demand! Keen gamers may recall that Project Z originally launched in 2016. Although the game mechanically remains unchanged, the rules have been updated for clarity and consistency. This re-release has an extremely limited print-run, and will not be made available again when sold out.

How Will You Fare in the Zombie Apocalypse?

The Project Z Starter Game, along with a number of expansions, will be available for pre-order on Saturday 2nd October.

Assume control of one of the many teams of Survivors, groups of left-behinders that have bound themselves to each other to get a slim chance of making it through to another day.

Kill or be killed in a world that no longer has rules. So choose your friends wisely as not all are created equal.

Alternatively, take control of a mean motorbikers gang or a dreaded unit of the Special Operations in order to accomplish your next incursion into the quarantine zone!

We’ll delve into the game mechanics and the various factions you can control in future articles. 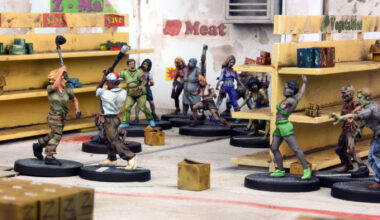 Read More
In this article, we’ll take a look at the basic gameplay of Project Z.
PProject Z 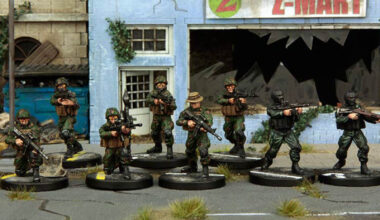 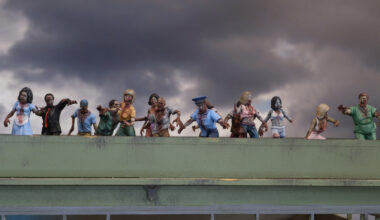 Read More
There's no 'I' in team, but there is in survivor...
PProject Z 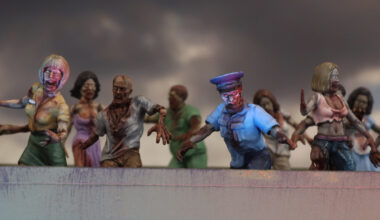 Read More
A free scenario pack that pits the elite Spec-Ops against Doctor Puke and his zombie hordes.