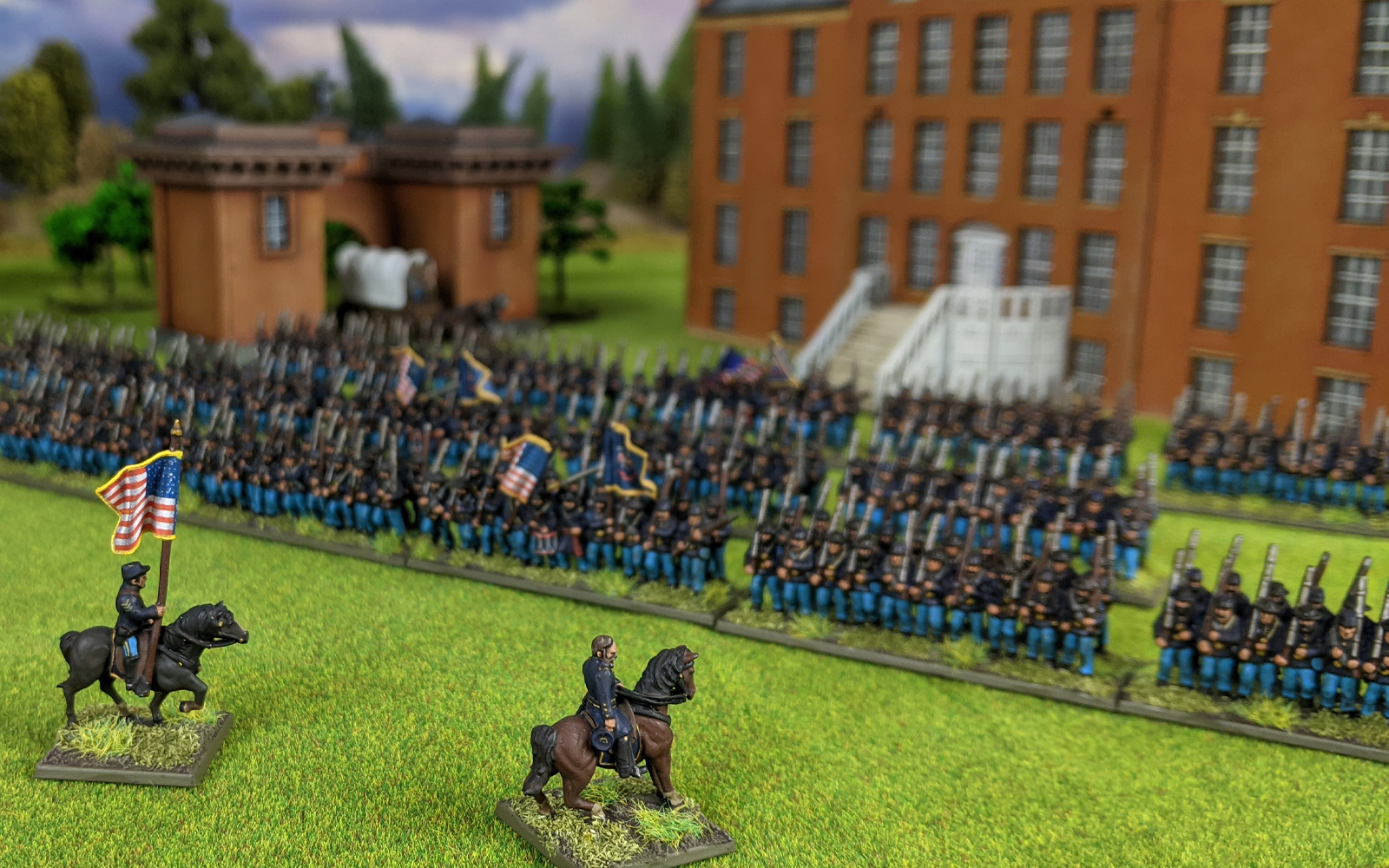 We reached out to the Warlord Community to find out which ACW regiments you’ve been working on!

The following regiments have all been assembled and painted by members of the Warlord Community.

The Virginia Military institute Cadet Corps marched off three times during the war, but only once took part in battle, on May 15, 1864. Confederate forces under John C. Breckinridge. The cadets were called up to march eighty miles in four days to meet the Confederate forces in New Market, southeast of Harpers Ferry. When a gap opened in the centre of the confederate battle line, however, the Confederate general was forced to send in the cadets , commanded by Captain Scott Shipp. “May God forgive me,” he said, as the cadets joined a Confederate charge. “About this time, we passed a group of wounded soldiers who cheered us but a shell, intended for us, burst in their midst, and they fell silent,” cadet Gideon Davenport later recalled. “Suddenly there was a crack in our front, a gap appeared in our ranks, and First Sergeant Cabell, Privates Wheelwright Crockett and Jones fell dead, and others were wounded … the line went forward in the best of order.” The Union line finally broke, and the Cadets suffered forty-seven wounded and ten killed. The Corps had an average age of eighteen; the they suffered the second-highest casualty rate in that battle.

The Infantry Regiment completed recruitment at Dalton, Georgia, in May of 1861. The troops were recruited in Dallas, Madison, Macon, Lauderdale, Jackson, Marengo, Perry, and Conecuh counties.

Ordered to march on Virginia, the regiment fought in the Battle of First Manassas. In this fight the unit lost thirty-three percent of the 750 combatants engaged. Later the 4th was assigned to the Army of Northern Virginia. It was on active duty from Seven Pines, to Cold Harbor except when it was detached with Longstreet at Suffolk, Chickamauga, and Knoxville The regiment was placed in the trenches of Petersburg during the siege, and ended the war at Appomattox.

At the end of the American Civil War the regiment surrendered with 21 officers and 202 men.

During the Civil War, the regiment was made up of a majority of abolitionists from the Brooklyn area. The 14th Brooklyn was involved in heavy fighting, including most major engagements of the Eastern campaigns. The men were well known by both sides and throughout the country for their hard disciplined drill, hard fighting, and constant refusal to stand down from an engagement. During their three years of service, they never withdrew from battle in orderly fashion to their credit.

The 14th Brooklyn also received its nickname, the “Red Legged Devils”, during the First Battle of Bull Run. This is referring to the regiment’s colorful red trousers as the regiment repeatedly charged up Henry House Hill, Confederate General Thomas J. “Stonewall” Jackson yelled to his men, “Hold On Boys! Here come those red legged devils!”

The 5th New Jersey Infantry Regiment lost 12 officers and 126 enlisted men killed and mortally wounded and 85 enlisted men during the Civil War. It is honored by a monument at Gettysburg.

The 55th New York Infantry Regiment was a Volunteer infantry regiment formed in New York in 1861, during The American Civil War. The unit was unique in that all its recruits were French native immigrants. The 55th (although French), did not follow the traditional and popular Zouave pattern of Uniforms common at the time. They did adopt the colour scheme however – light blue Frocks and red kepis. They also carried The National Colours (Stars and Stripes), their Regimental Colours were copied from The French First Republic Flags used by the French in the Napoleonic Wars.

As you can see, the Epic Scale affords a great deal of flexibility when it comes to “dressing” your miniatures. With a bit of research, they can be made to represent any number of the regiments that marched to war on either side of the epic conflict, and that’s just using the basic infantry sprues! By far the best way to get started exploring the American Civil War on the tabletop on the grand scale it deserves, is with our Epic Battles: American Civil War Starter Set – which is absolutely packed with miniatures: 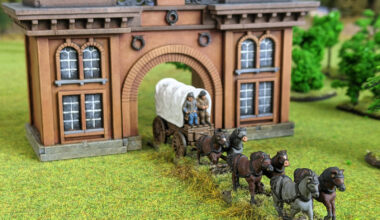