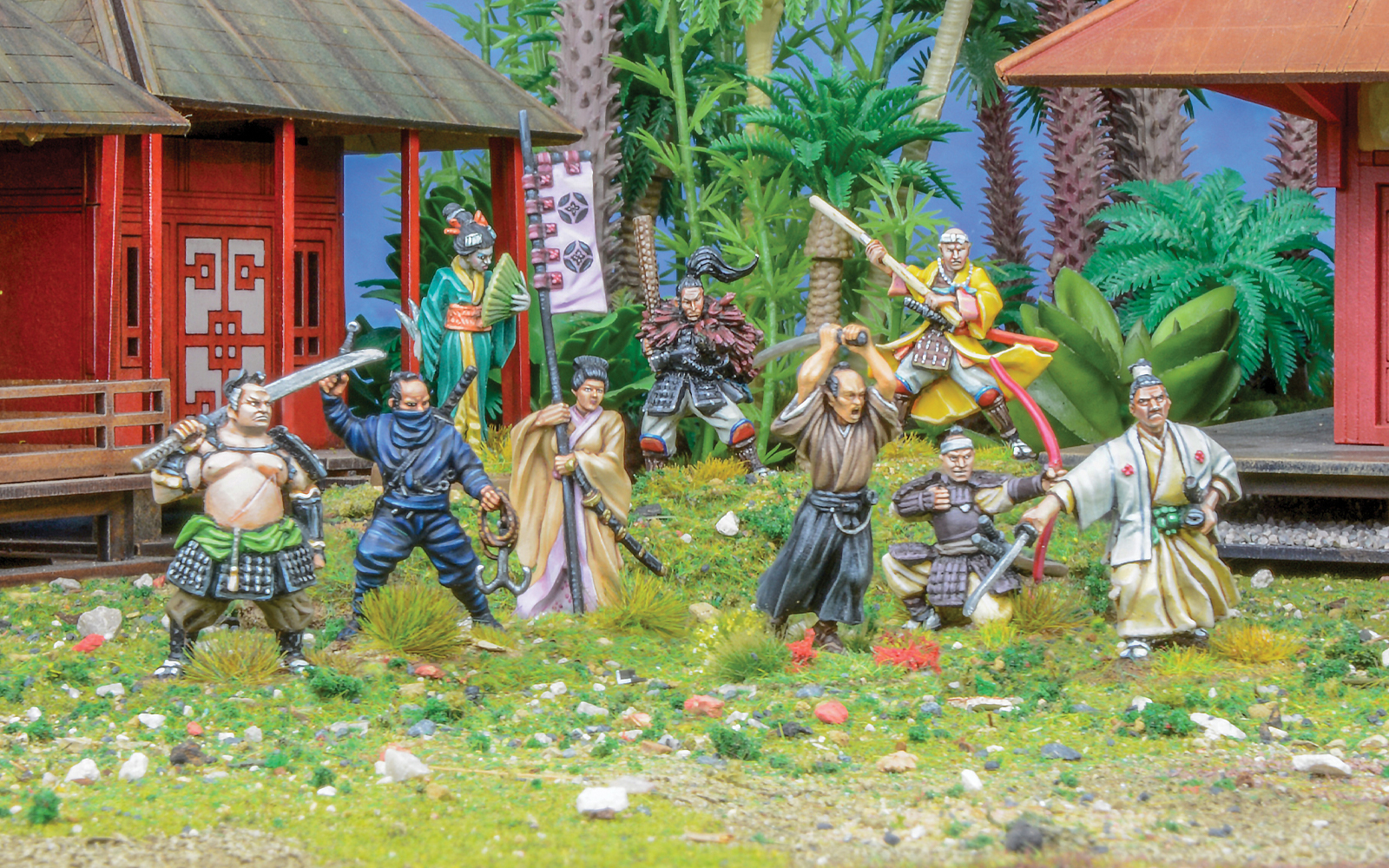 Denizens of Erehwon: The Samurai

Inspired by the warrior-caste of medieval Japan…

Our Samurai range for Warlords of Erehwon expands again, with the introduction this week of the Daimyo and retinue and oni ogres. The Samurai list for Warlords of Erehwon (available as a free download here) allows players the freedom to field a Samurai force that best reflects their sensibilities; whilst the environment of Erehwon is indeed a realm of fantasy, this list allows players the opportunity to construct a list based more in history if they so wish, or indulge in the most fantastical elements to create and wield a unique, satisfying and truly resplendent army on the tabletop. We’re taking a look at some of the elements that can be used in your army.

Every warband needs someone to lead it. A daimyō is both a mighty warlord and leader of a venerable clan. Bitter rivalries fuel centuries old conflicts between the clans, often centred around some real or imagined slight against a long dead ancestor. The most powerful daimyō hold vast swathes of territory and vie with each other to become the chief warlord or shōgun. The daimyō is guarded by the bravest and best of the household’s samurai the hatamoto (bannermen), sworn to lay down their lives at their master’s behest. These skilled and loyal warriors stand beside their lord and are often the only people allowed private audience with the daimyō.

The Samurai Heroes set contains several models that can be pressed into the role of Daimyo, whilst others will make splendid Shugyosha Heroes or Ninja Masters. A Shugyosha is a lone warrior who undertakes a quest at the behalf of their ancestors, putting themselves at the service of a needy warlord to fulfil some ancient pledge or free their ancestral spirits from familial disgrace. Erehwon allows for heroes to be armed in a variety of ways, and this set reflects that variety with bow-, sword- and naginata-armed models. You can even field a whole force of heroes with the Ronin special rule should you wish.

Striking from the shadows before fading away into blackness, Ninja have become a staple of popular culture from the early 19th century onwards. Our portrayal of these cold-blooded killers is a little tongue-in-cheek, with their black pyjamas and brandished blades! Masters of unconventional warfare, the ninja rose to prominence during the Sengoku period. Their daimyo masters tasked them with assassination, sabotage and psychological warfare – dishonourable acts that the average samurai would refuse on principle. History tells us of some truly incredible deeds – including an assassin who hid in Uesugi Kenshin’s toilet, intending to stab him somewhere unmentionable and another who thrust a spear through the floorboards in an attempt to kill Toyotomi Hideyoshi, but was smoked out by another ninja armed with a primitive flamethrower!

Holy warriors are known as Sohei (monk soldiers), representing the militant arm of Buddhism on the islands of Japan between the 10th and 17th centuries. Like the crusading orders of European knights, these brotherhoods of battle-hardened warriors fought as cohesive units on the battlefield. Dressed in traditional monk robes, brandishing razor-sharp naginata, the Sohei were often used as shock troops, augmenting the serried ranks of Samurai and Ashigaru that formed the bulk of a Daimyo’s army. While they are most known for their iconic naginata, the Sohei are pictured with swords, daggers, bows, and clubs – opening up plenty of conversion and modelling opportunities.

From the earliest days of Japanese rule, women were trained in the art of battle, becoming proficient with knives and pole weapons. When communities were short of male fighters, the women would step up to bolster the ranks, using their naginata and tanto to great effect! Some Onna-bugeisha became legendary figures during the various wars that punctuate Japan’s storied history. One, the Empress Jingu, allegedly conquered the whole of the Korean peninsula without spilling a single drop of blood. Another, Onamihime, became the de facto head of the Nikaido clan and led their armies into battle during the Sengoku period.

The mysterious land of the mythical east has its wild places, its dark forests and rugged mountains, inhospitable and unwelcoming regions haunted by cruel and jealous spirits, restless ghosts and strange creatures red in claw and fang. Here it is that the most dangerous bandits leaders hide away, deep in impenetrable marshlands or high upon rocky peaks where only eagles build their nests. They may be mere bandits or brigands as far as others are concerned, and some are little more than that, criminals, thieves and murderers driven out from society to fend for themselves. Others are dispossessed lords and
their retainers, ousted by rivals from their ancestral lands, who continue to wage war against their enemies from secretive fortresses in the mountains. Some are monks whose temples have been laid waste by rival cults. They have found refuge in the wild lands together with their most holy relics, subsisting by raiding the lands of their oppressors.

As might be imagined, our Bandits and Brigands models display a variety of origins and are variously armed, which we allow for by giving them the ‘mixed armed’ special rule, enabling us to field these exciting models as a coherent fighting unit.

As our range has grown, so has it allowed players to embrace the more fantastical elements of the inspiring mythology, in the form of monstrous tengu birdmen and oni ogres.

The oni are hulking creatures whose monstrous heads sprout one or more horns and whose hides are garishly coloured red, blue or green. Oni are not mere mortal creatures, but demons or malignant spirits made flesh. Of the four gates upon the world the kimon, (demon gate) is guarded by unsleeping oni whose task is to keep evil spirits out of mortal lands. The kimon lies beneath the stars of the Ox and Tiger –  which is why oni have horns like the ox and wear toger-skin clothing. They are armed with great iron clubs called kanabō almost as tall as they themselves.

Tengu are terrifying creatures that combine human and avian qualities to various degrees, appearing as dark and threatening birds or as winged and sometimes beaked men – though their beaks often take the form of extremely long noses. They are reckoned to be a kind of daemon, yokai or even as a holy spirit or Kami, but either way they are monstrous creatures. Originally seen as harbingers of war and troublesome spirits in the extreme, their reputation has softened over the ages. Yet they remain the powerful and dangerous protectors of the mountains and forests, inhabiting remote and desolate regions far from civilisation.

You may even consider using some of our Pike & Shotte plastic Samurai range to supplement your collection, these sit perfectly well beside the Warlords of Erehwon miniatures on the tabletop, and provide even more variety. 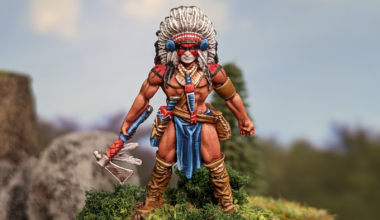 Read More
The bloodthirsty Aztecs in the new Mythic Americas game based on Warlords of Erehwon...
WWorld of Warlord 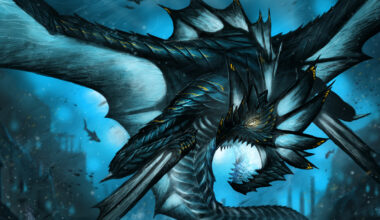 Read More
We’re taking a look at some of the monsters that have crawled out of Erehwon’s darkest caves and dankest swamps.