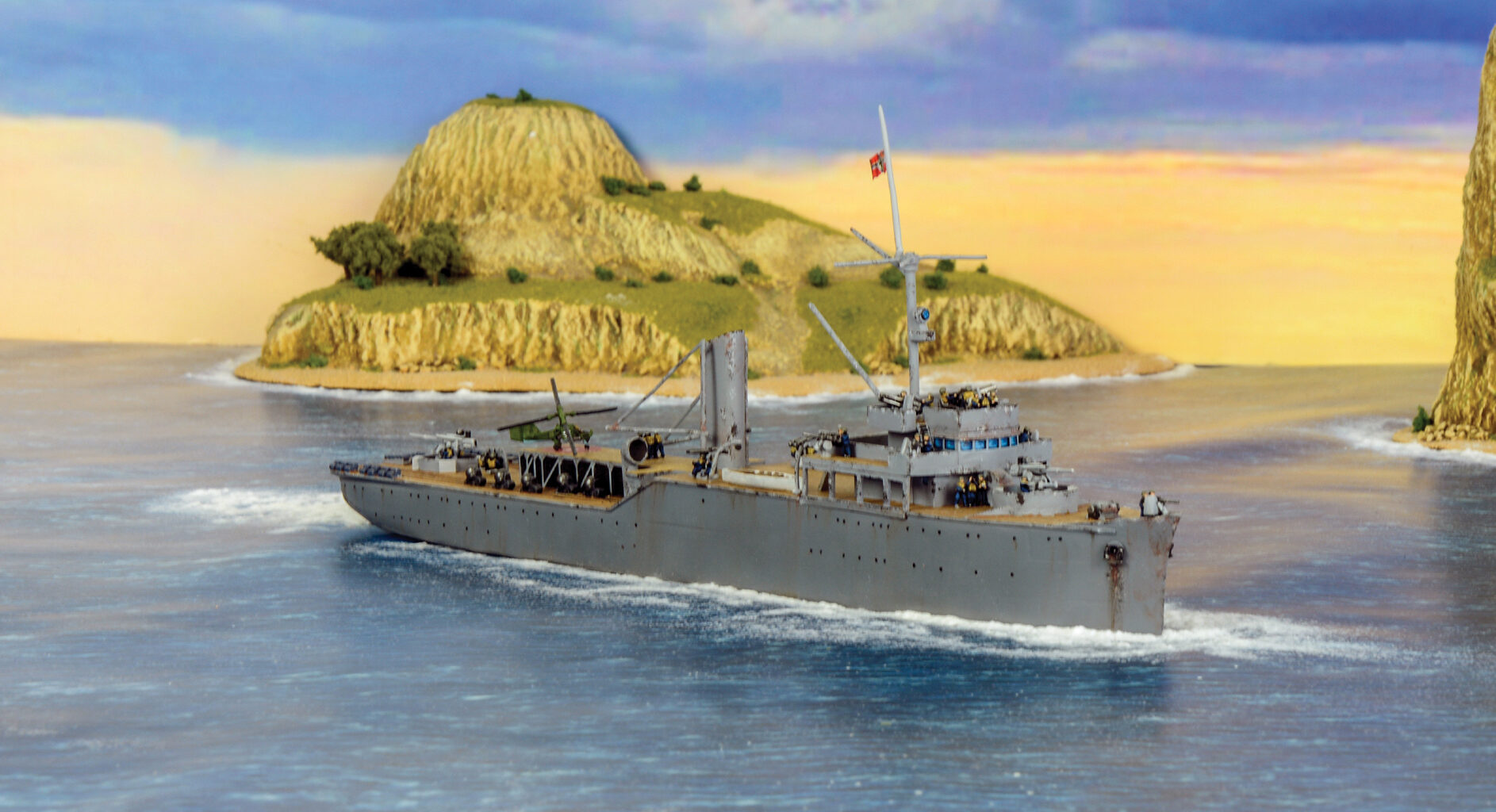 The Drache started as a seaplane tender built in Hamburg for the Royal Yugoslavian Navy in 1928. She was converted into a minelayer in 1937. Captured by the Germans in 1941, the Kriegsmarine renamed her the Drache (dragon) and converted her back to a Flugzeugbergungsschiff – an aircraft rescue ship. Drache underwent a refit back to being a minelayer in the spring or summer of 1942 and was moved to the Aegean. She was re-equipped with two 105 mm (4.1″) guns, five 37 mm and six 20 mm cannon. A rear platform was added with space for 240 mines on four rails. The Kriegsmarine renamed her Schiff, but she is better known as Drache so the name is retained here. The large flat rear deck made her suitable to test the concept of a helicopter carrier – the world’s first – using a Flettner Fl 282 Kolibri (Hummingbird) as a spotter aircraft.

The Kolibri was the world’s first naval helicopter. It was unarmed but the Kriegsmarine intended to use it for submarine spotting. It could also be used for artillery spotting and reconnaissance. The full rules for fielding Drache (and the Kolibri) in Cruel Seas can be found in the Close Quarters supplement (Page 59).

This was a larger version of the original river-crossing sturmboot with an internal engine capable of transporting a platoon rather than a single section. They were also used in enclosed seas such as the Mediterranean and Baltic.

The LCI(S) was a Fairmile H wooden design using the same prefabrication techniques used in their Dog Boats. It was designed as a cheap-to-make raider transport. Around 40 were built in 1942. Some were converted to LCS(L) support gunboats.

In the summer of 1943, the primary mission of the PT boats was to interdict Japanese supply lines by shooting up the enemy landing craft (referred to as barges by American reports) being used to transport supplies. It was at this point that Pacific PT boats were upgraded to have 40 mm/37 mm cannon on the bow and stern. Three old Elco 77’ boats were converted into barge-busters by stripping off the torpedoes and adding extra armour, radar, and more MGs.

A player who fields ‘tiny boats’ in Cruel Seas will find their use most entertaining and will undoubtedly make his opposing commander very worried indeed! The great strength of such vessels is their size but this makes them equally vulnerable to all manner of incoming fire.

As the Japanese merchant marine became ever more depleted the humble Sampan became the main fallback for the Imperial Japanese war machine, delivering vital cargoes of men and equipment. Small sampans must be taken in squadrons of three – meaning only one dice is used for all three.

Read More
Pinned down by strafing fighters and shrieking dive bombers, several divisions of Allied troops must be rescued from the Dunkirk beaches!
VVictory at Sea 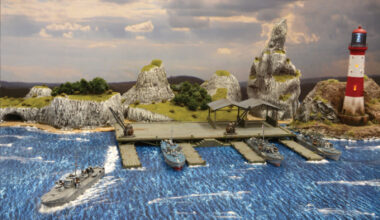