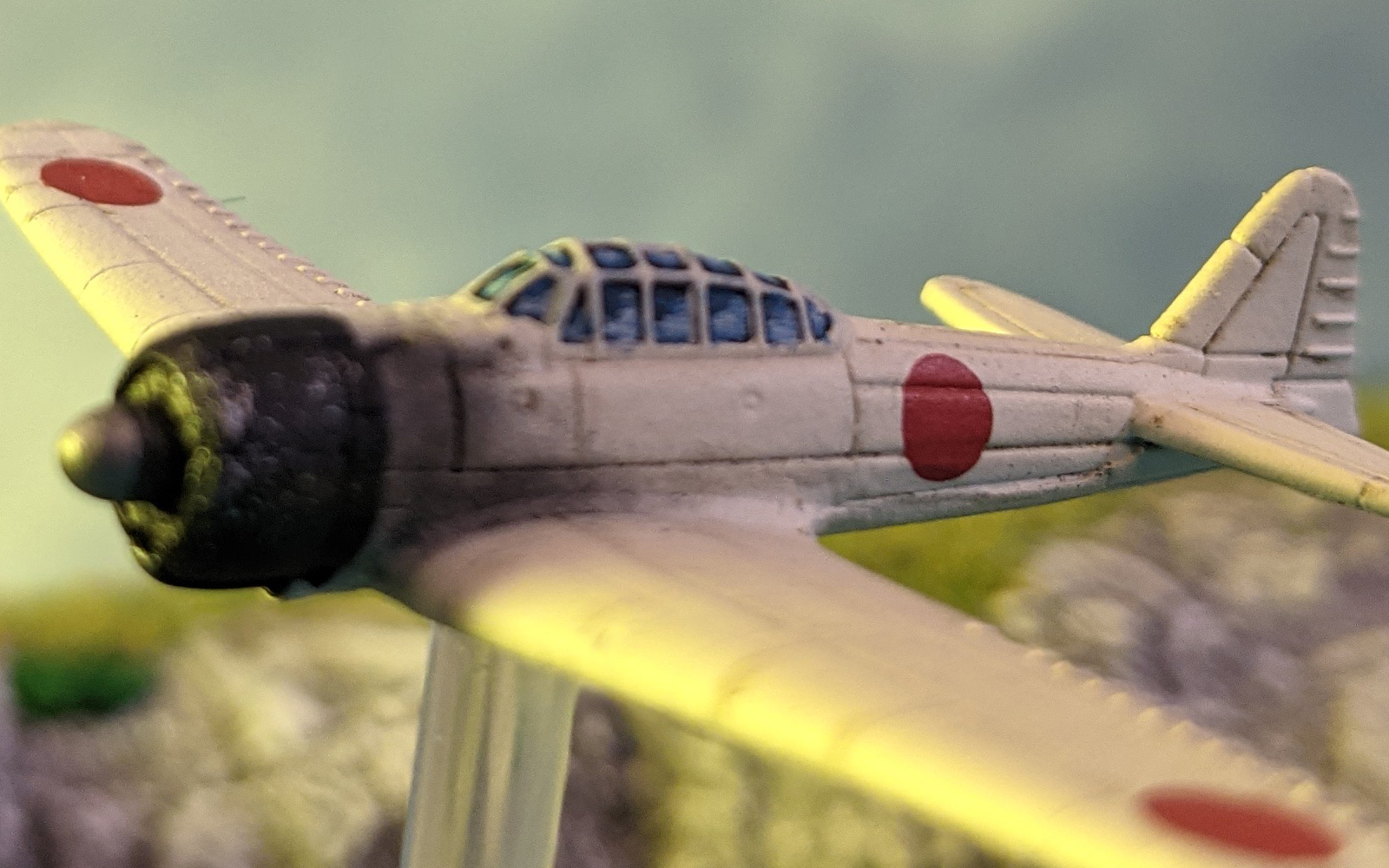 The Mitsubishi A6M Zero was a fast, modern fighter, but had no armour for the pilot. In the hands of aggressive and well-trained pilots this weakness was rarely apparent.

The Mitsubishi A6M Zero was a fast, modern fighter, but had no armour for the pilot. When the Zero was in the hands of aggressive and well-trained pilots this weakness was rarely apparent. Fast and manoeuvrable, and with an extremely long range, it proved a menace to the Allies in the early stages of the Pacific War.

Referred to by its pilots as Reisen (Zero fighter); ‘0’ coming from the last digit of the Imperial Year 2600 in which the aircraft entered service), the official Allied reporting name was “Zeke” though colloquially “Zero” came into common Allied usage as well.

The A6M remains the most famous of all Japanese World War Two warplanes, significant for being the first carrier-borne fighter in the world to be seen as equal to its land-based counterpart. The lack of an adequate successor as technologies moved on meant that the aircraft was developed and produced in vast numbers long after its effective limits had been achieved and surpassed by superior Allied aircraft.

In Blood Red Skies the A6M2 Zero is a dependable & agile tool, if poorly armed & armoured. Superior in speed and agility to its most common opponent, the F4F Wildcat, you’ll have to rely on those characteristics to set up those all-important tailing positions, reduce your opponents to a disadvantaged state and force them down into the vast waters of the Pacific.

For all its speed & manoeuvrability, the aircraft does suffer due to the Vulnerable Negative Trait – this enables your opponent to increase the firepower of a shooting attack when firing upon one of your Zeros – this is potentially devastating when you consider that Wildcats already shoot for a base value of Two, compared to the Zero’s paltry single die.

The aircraft’s other traits compensate for this weakness somewhat. For example, the Deep Pockets card enables you to disregard a boom chit received by an A6M2 Zero squadron – representing the aircraft’s favourable flight time when taken against its contemporaries.

The Zero also has the No Stalling trait. When played, this enables a Zero to move between 1″ and half speed, but crucially the normally allowed 45-degree turn can occur at any point during the move. Key planning and use of this strategy can allow you to manoeuvre into position to gain a killing blow or to get your aircraft out of a sticky situation should they be in risk of being outmanoeuvred or tailed.

Of course, these are only the basics; when you construct your action deck, the combination of selected aircraft trait cards with various theatre and doctrine cards will open up a dizzying array of tactical possibilities. We’ll look at these in more depth in a future article.

You’ll find six highly detailed A6M2 Zeros in the brand new Blood Red Skies: The Battle of Midway starter set, along with six opposing Wildcats and everything you need to get playing! Full contents: 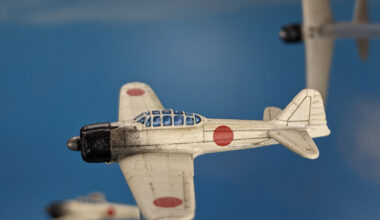 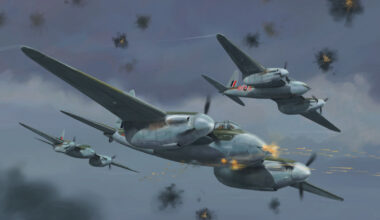