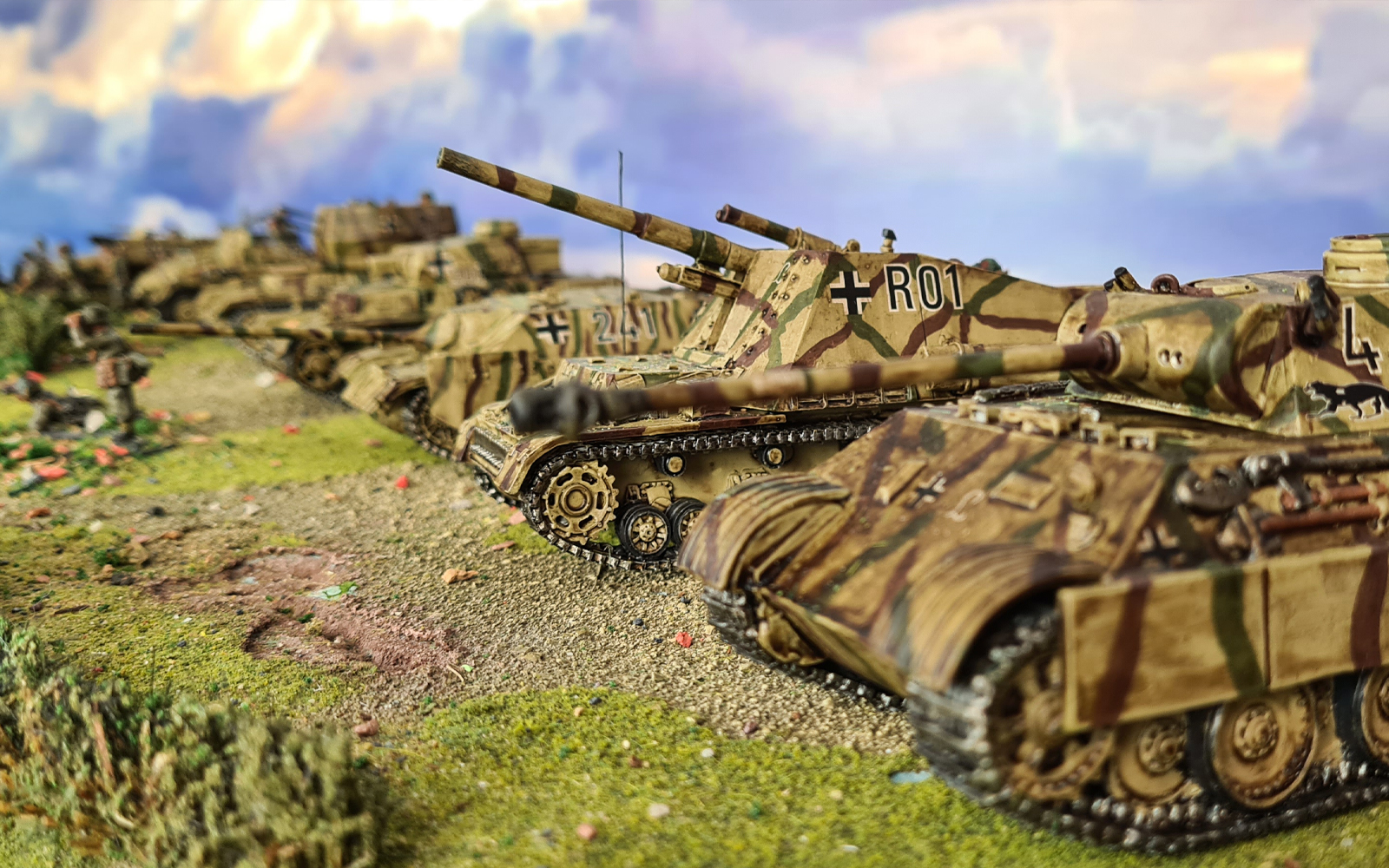 I sat down with Warlord’s metal casting supremo and resident Australian, Pete Hely, to chat about his latest megaproject – a frankly enormous force of German Panzer Lehr for Bolt Action.

Pete has something of a reputation here at Warlord HQ for letting his hobby projects balloon to truly monstrous proportions, so it was no surprise to see two full cases on my desk this morning having been told that he had done “a few vehicles and infantry” for this army. As a German player myself, I couldn’t resist the opportunity to pick his brains and find out more about the background of this oft-overlooked unit!

Formed in 1943 from the training and demonstration troops of Germany’s military schools, the Panzer Lehr Division was regarded as elite from its formation. This status afforded it a wealth of armoured vehicles compared to other divisions – ideal for Pete’s insatiable appetite for painting and modelling!

One of the unique features of the Panzer Lehr was the widespread use of the double-breasted ‘StuG wrap’ jacket by its Panzergrenadiers. Using the recently released metal models as the core of his infantry, Pete made extensive use of kitbashing to expand the force, using a combination of plastic Grenadiers and numerous metal components to create a unique-looking force that retains the unmistakable character of Panzer Lehr. One of his (and my) particular favourites is his infantry officer, made from the metal Nashorn tank destroyer commander with the addition of an extensive belt kit.

A committed history buff, Pete has tried to use as many period photographs as possible to inform his modelling and painting choices. In fact, of the entire project (completed in a frankly blistering seven weeks!), he says that the element that took the longest was the research! This led him to some really interesting discoveries, most notably that on the Hummel self-propelled gun, the gunsight and ranging markers were set up to be used looking to the rear of the tank! Pete describes the Hummel itself as a real labour of love, and one of his all-time favourite vehicles, and this can be clearly seen by the level of detail that he’s put into the model.

Another vehicle of special note is Pete’s scratchbuilt Aufklarungspanzer 38(t). This weird and wonderful reconnaissance vehicle, based on the obsolete Czech Panzer 38(t) hull and armed with a 2cm autocannon and co-axial machine gun, required many hours of work and turned out so well that certain important people in the Design Studio have taken notice…

The bulk of Pete’s armour is made up of a whopping seven Sd.Kfz 251 Hanomags, including ambulance, Pionierwagen, and an incredibly rare 251/23 reconnaissance vehicle. Panzer Lehr was famed for its mass use of half-tracks, being the only truly mechanised Panzergrenadier division in the entire Wehrmacht.  Pete actually began the force using two of our Panzergrenadier boxed sets, which he considers to be the best way to start this kind of force.

Moving onto his heavier armour, the Panzer IV (a gift from yours truly!) looks lovely but rather weedy compared to the sleek and deadly Jagdpanzer IV and mighty Panther. Pete’s tanks have a number of subtle conversions and modifications, based on various reference photographs, which lends the force an air of authenticity on any tabletop battlefield. I especially enjoy the spare road wheels mounted on the Panther, giving it the look of a vehicle crewed by veterans prepared for any eventuality.

As a fan of what he calls ‘old school’ wargaming (read: gigantic all-day battles!), Pete considers this force ‘almost done’. When pressed, he admitted that he ‘only’ had another 24 infantry to finish, and maybe two more Hummels to make a battery. Naturally, I had to ask him for his secrets! Pete recommends always starting a force with large boxed sets for best economy, and when it comes to infantry to always work in batches of 10, whether for assembly or painting. He also advises plenty of kitbashing or variant colour schemes to prevent you getting bored with a particular method of painting.

View in Store
View In Store 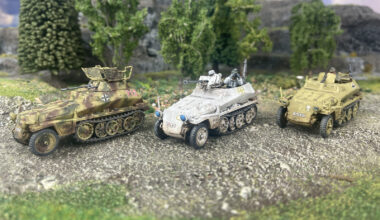 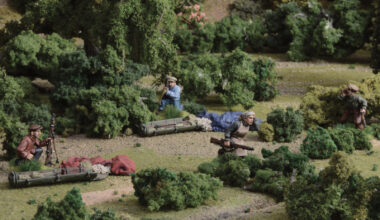 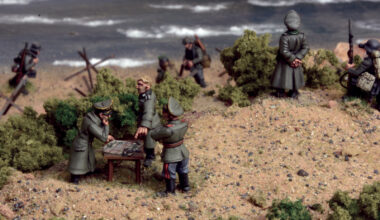 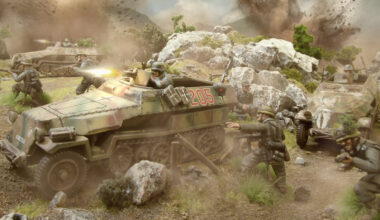 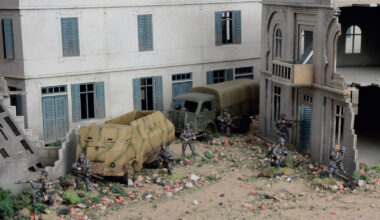 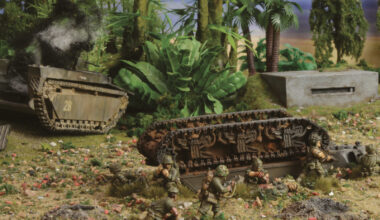