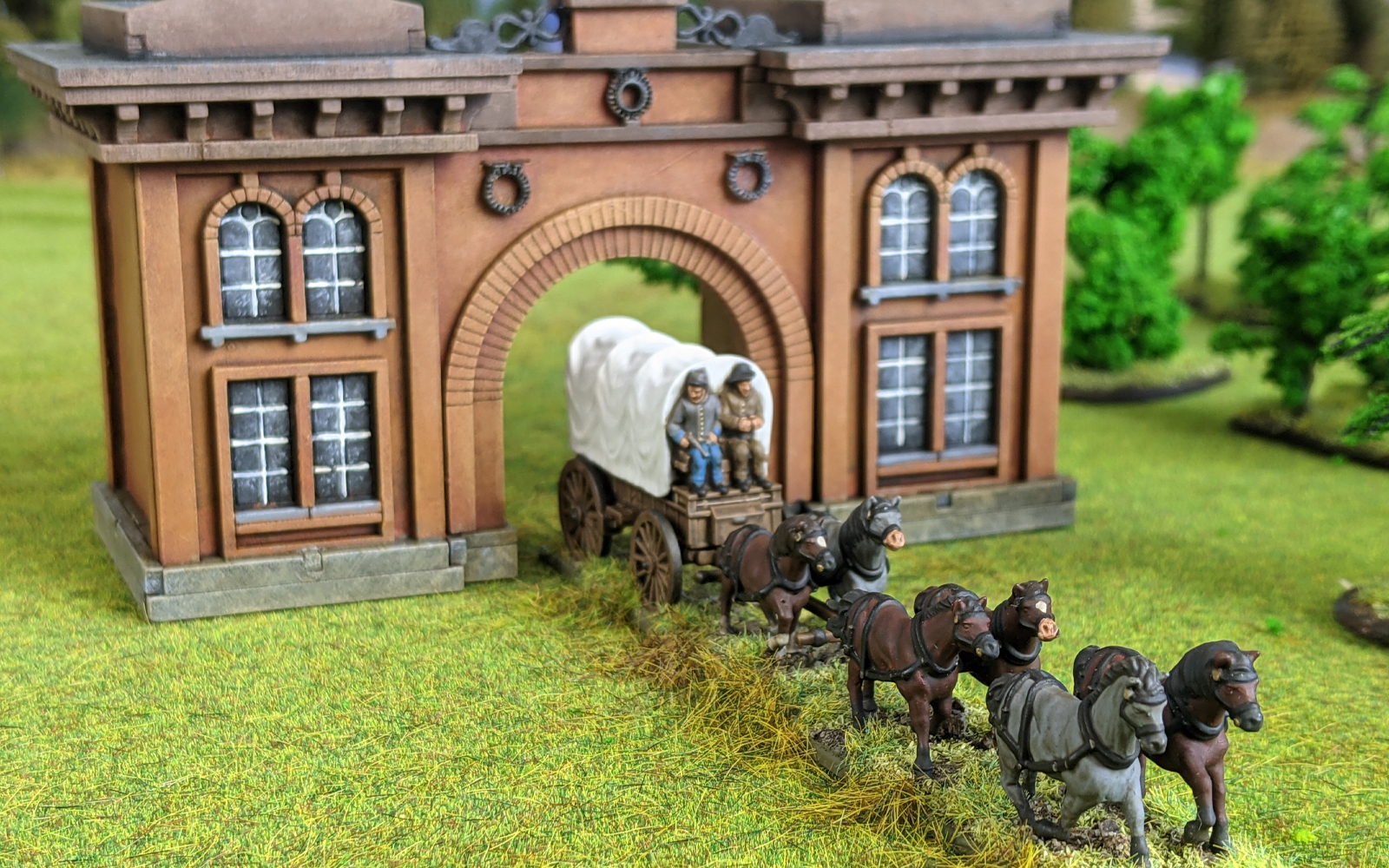 It is one of the most studied military conflicts in history, with over 237 named battles in addition to innumerable minor actions and skirmishes. Tactically, battles were still largely linear – regiments frequently fired all their ammunition only to be relieved by a second wave of troops passing through the line. However, the technology of war had become all the more destructive, and casualty rates were atrocious, leading to some historians citing the warfare of the American Civil War to be a precursor to that of the 1st World War over 50 years later.

The third wave of American Civil War releases include dismounted cavalry and skirmishers, as well as additional commander options and battlefield dressings:

The role of Cavalry during the American Civil War went through a peculiar evolution. The realities of the evolving battlefield required a change from the tactics of previous wars. A headlong charge into formed enemy infantry or artillery became an unnecessary risk, the firepower they wielded more than enough to prevent any such charge from hitting home. Cavalry thus fought differently in the civil war than previous conflicts, though their role was no less pivotal. Headlong cavalry charges were largely replaced by cavalrymen acting more as dragoons – mounted infantry.

Cavalry combined two useful military attributes: mobility and firepower. Though perhaps outranged by an infantry regiment with rifles the cavalry could still dismount to hold ground temporarily until relieved by the infantry. Armed with a carbine a trooper could dismount and fight perhaps as effectively as his infantry counterpart. In this role the cavalry would invariably dismount into a skirmish screen, with nominally a quarter of the troopers detailed as horse holders, though some commanders preferred to think of the “fourth man” forming a reserve to be called upon if the line was hard pressed. Commonly a regiment in a brigade might be held in reserve, mounted, whilst the remainder of the brigade fought on foot. Such tactics sat well with the cavalry who saw the mounted charge as risky and perhaps even futile.

Skirmishing troops were important parts of Union and Confederate battleplans during the American Civil War. Ranging ahead of the main attack columns, skirmishers advanced in loose formations to harass the enemy, draw fire, and ‘screen’ the troops behind them ahead of a major bayonet charge.

Skirmishers deployed ahead of the main battle line to do damage by shooting and unsettle the enemy line prior to the assault. These detached soldiers would move ahead of the main body in extended order with gaps of perhaps five yards between men, making best use of the cover available, even trying to work in pairs, ideally using a fire and movement system as they advanced. Their aim was to draw the enemy’s fire and to do damage, making the enemy unsettled enough for a bayonet charge from the main body.

Skirmishers were not always used, however. Once deployed, they tended to become uncontrollable as each man sought to take shelter away from his officers. Rates of fire slackened as each man might try to take more careful aim with what was, actually, an inherently inaccurate weapon. They would also not be used where the aim of the battleplan was to inflict as much damage as possible by mass of firepower.

Each gun in an artillery battery was drawn by a limber pulled by four or six horses and the battery’s ammunition was carried in the limber as well as in caissons. Some batteries were also designated as light, or horse, artillery. These provided the faster gun teams but their actual guns were of the same types as their “foot” colleagues. Their speed was achieved by having better horses in the limber teams if at all possible, but most obviously, by mounting the gun crews on horses. Such batteries were thus able to keep pace with the cavalry.

Often wagons would be employed to support artillery batteries. These models add extra flavour to a battlefield, whether in support of your artillery along with a limber or simply to dress the battlefield. You could even use multiples to represent a key battlefield objective in certain scenarios.

These commander packs give players the option to field famous historical commanders in battle. Union players can opt for Ulysses S. Grant and George Meade, whereas the Confederate pack contains Robert E. Lee and Thomas ‘Stonewall’ Jackson. These prominent historical figures were key players in some of the most significant engagements of the American Civil War. Each pack also contains a HQ Standard Bearer.

The Confederate and Union Infantry Brigade plastic sprues are designed to allow for regiments comprising 5 stands. With additional command strips players are able to field smaller units. These strips will replace one front rank strip from the plastic kit, allowing more command stands to be built.

During the cause of the game a Black Powder General will have a need to track their regiment’s casualties. These casualty markers feature prominent markers enabling just that – Track wounds effectively and with a visual flourish. These are generic, and are thus suitable to be painted up as either Union or Confederate troops.