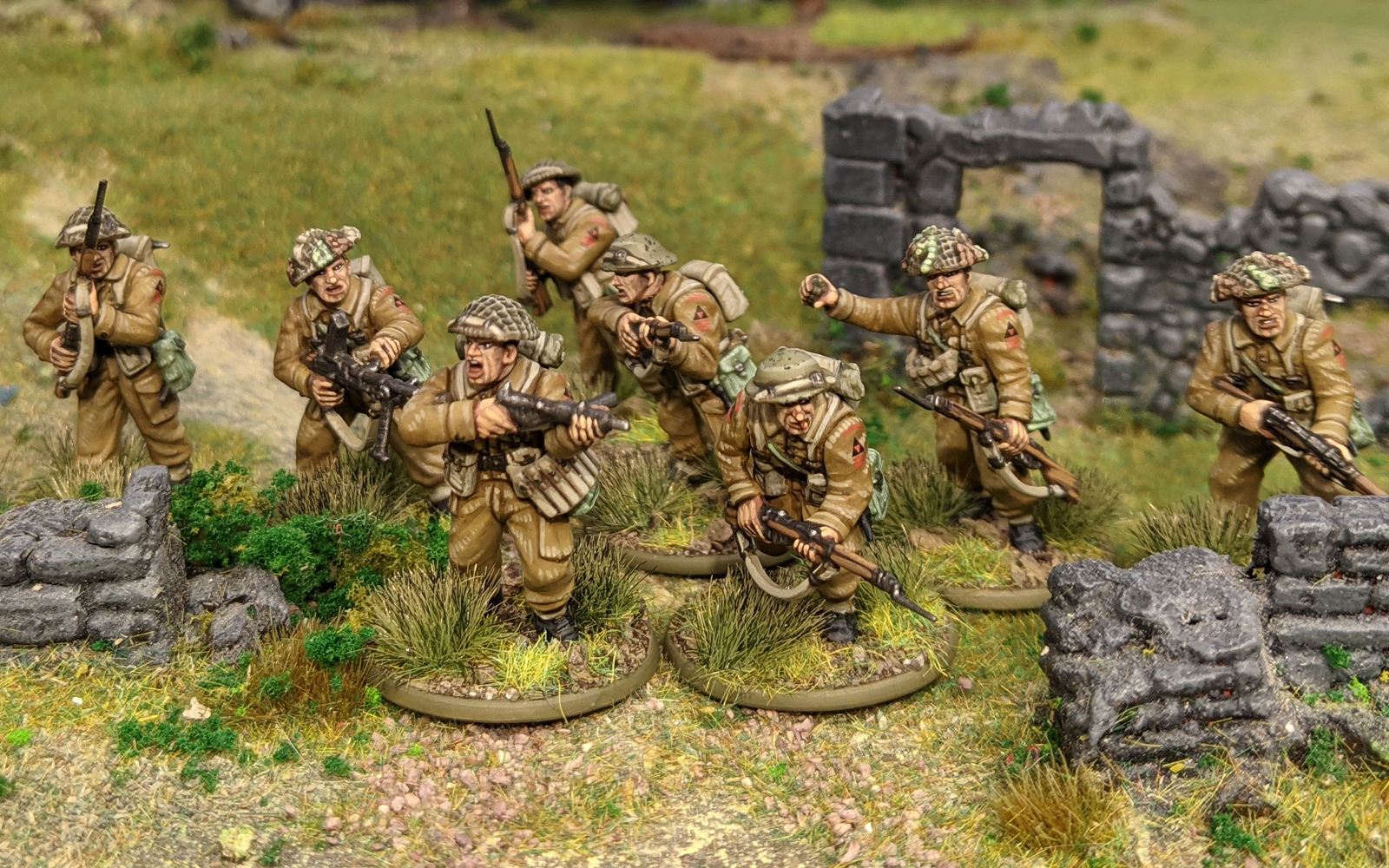 The Canadian Army & the Assault on Juno Beach

We take a look at the Canadian Army in Bolt Action and examine one of their most famous actions.

Due to the worsening crisis in Europe, the Canadian government declared partial mobilization on 25 August 1939. Upon being informed that German troops had invaded Poland, Canada declared full mobilization on 1 September and preparations were immediately begun to send troops to Britain. Canada was firmly on the side of Great Britain from the outset, but the government delayed declaring war on Germany until 10 September in order to emphasize Canadian independence. Almost 16,000 Canadian soldiers were in England by December 1939, mainly in the 1st Canadian Infantry Division.

The 1st Canadian Infantry Division was partly landed in France in June 1940, before being recalled when it was realised that the Battle of France could not be won. Canadian units saw action in Hong Kong in 1941 and at Dieppe in 1942, but the vast majority of Canadian troops were held in Britain from 1939–43 as a reserve to defend against a possible German invasion. The Canadian Army reached a peak strength of 485,000 men and women in 1943.

Canadian soldiers also served in the British 8th Army and earned a reputation as troops to be reckoned with, both in Sicily and in Italian battles at the Moro River, Ortona, the Gustav Line, the Hitler line, and the Gothic Line. In total, 92,757 Canadians served in Sicily and Italy, 1943–45, of whom 26,254 became casualties. It was Canada’s longest ground campaign of the war.

Canada committed the remaining formations in Britain to northwest Europe in 1944. The 3rd Canadian Infantry Division and 2nd Canadian Armoured Brigade were the main forces to land on Juno Beach on 6 June 1944, well supported by British forces comprised of Commandos, the Royal Marines Armoured Support Group and elements of the 79th Armoured Division. The Canadians faced tough German defences on the beach, with some assault companies suffering over 60% casualties.

During World War Two, Canada produced over 800,000 military wheeled vehicles, 50,000 armoured vehicles, 40,000 artillery pieces and 1.7 million small arms. Equipping the Canadian Army required only 21% of this production. Another 38% went to the British military. The remainder was supplied to other Allied countries. From 1942 onwards, over $3 billion dollars’ worth of Canadian production was provided to the Allies, mainly Great Britain and the Commonwealth, for free.

From a population of 11.2 million in 1939, Canada had enlisted over 1.1 million men and women in its military forces. By 1945 nearly 1 million other Canadians were employed in war industries. Over 700,000 men and women served in the Canadian Army between 1939–45. The vast majority of Canadian soldiers who served overseas in World War Two were volunteers, with only 2,400 conscripts serving at the front.

On the next page we take a closer look at the assault on Juno Beach.