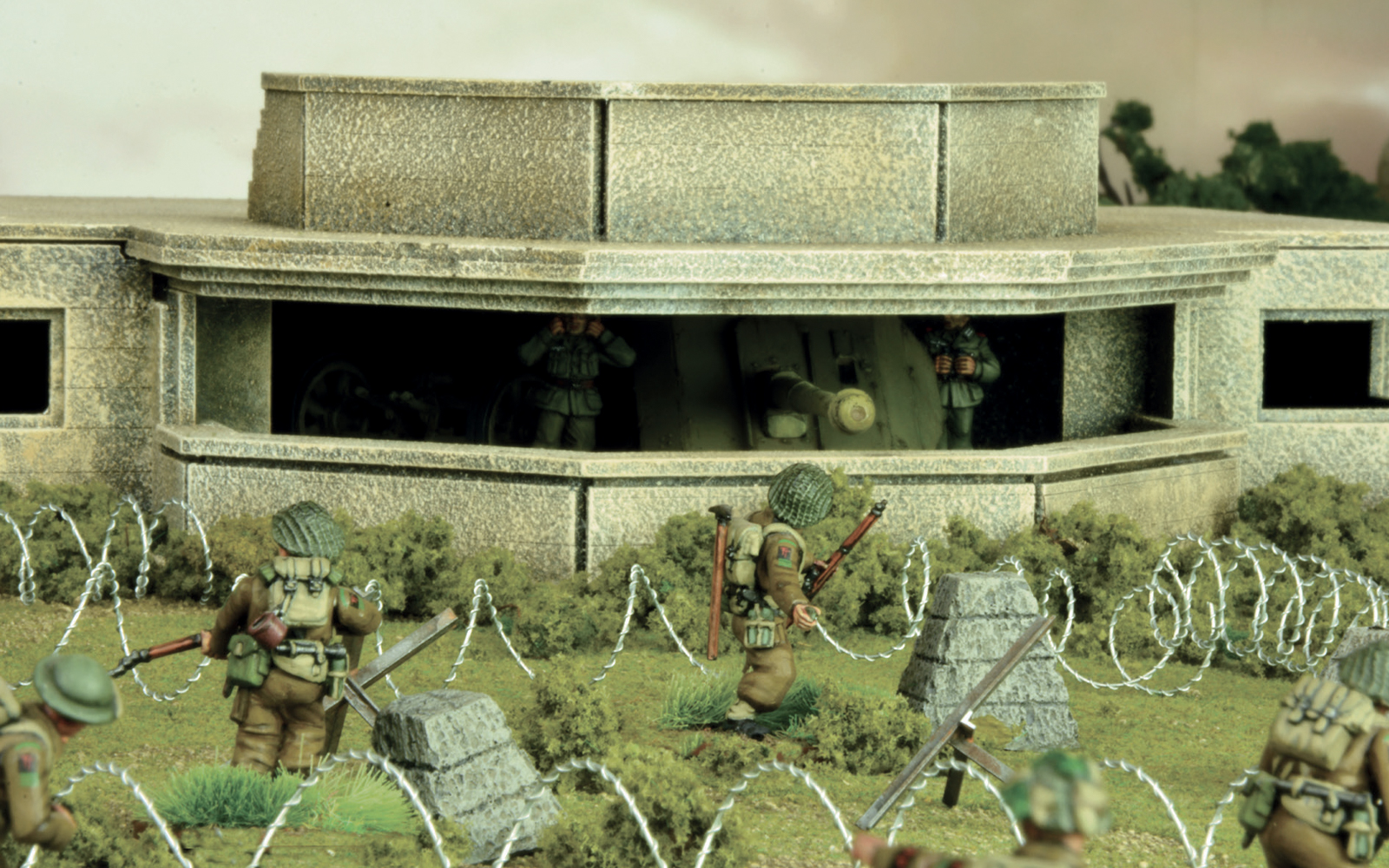 This scenario represents a frontal assault against a section of an enemy fortified line such as the Atlantik Wall on D-Day.

This scenario represents a frontal assault against a section of an enemy fortified line. We’re using this to represent troops storming the Atlantik Wall on D-Day; but it is equally useful to portray a number of alternative historical or ‘what if?’ scenarios. For example, the German Panzer Grenadiers attacking the dug-in defenders in the initial phases of the battle of Kursk, the western allies’ assault against the Westwall/Siegfried Line, the Soviets overwhelming the Seelow Heights defences… or the ‘what if’ assaults against the Maginot line!

Your forces must smash through the enemy defence lines and capture all three enemy strongpoints.

This scenario pitches a superior attacking force against a defender that, though outnumbered, is dug in into a well-prepared defence line consisting of pillboxes/bunkers and other obstacles and fortifications. First, agree with your opponent who is going to be the attacker and the defender. The attacker picks a force to an agreed points total (e.g. 1,200pts) and the defender picks a force that is half that total (e.g. 600pts).

In addition to his force, however, the defender receives three bunkers and nine ‘hard cover’ linear obstacles.

Each linear obstacle must be up to 6″ long and 1″ tall, and should provide hard cover (so use low walls, earth embankments, sandbags and the like). You can replace any number of ‘hard cover’ linear obstacles with ‘soft cover’ ones (barbed wire, hedges, picket fences, etc.) and if you do so, you get two ‘soft cover’ obstacles for each ‘hard cover’ one you surrender. However, if you replace too many obstacles in this way, you can alter the game balance pretty badly, so try to stick to nine pieces of hard cover as much as you can.

Bunkers should be large enough to accommodate a single unit of infantry or artillery. The rules for bunkers are on page 104 of the Bolt Action rulebook.

The game is played along the length of the table.

Terrain: The defender sets up one of their bunkers and three linear obstacles in each of the areas highlighted in grey on the map – the first, second and third defence lines. The rest of the table should have very little terrain, maybe only the occasional tree or area of scrub, but as it represents a prepared defence – anything likely to provide cover to an attacker would have been removed to leave a good field of fire to the troops in the bunkers and behind the fortifications. The last strip of the table between the third defence line and the Defender’s edge of the table can include more terrain, like a small wood, or even some buildings, but once again, do not overdo it.

It is important that the defender sets up the terrain cleverly, making sure that the bunkers’ line of fire is as clear as possible and that the fortifications make life as difficult as possible for the advancing enemies. Keep in mind that the enemy is likely to take cover behind your defences as they capture them, and that firing over obstacles, unless your troops are leaning against them, will offer cover to the enemy infantry as well… so place your defences cunningly.

Defending units can (and should!) use the hidden set-up rules (see Hidden Set-up on page 117 of the Bolt Action rulebook).

The attacker’s units are not set-up on the table at the start of the game. The attacker must nominate half of his force (rounding up) to form his first wave. Any units not included in the first wave are left in reserve. Units in reserve cannot outflank in this scenario, and similarly, units with special deployment rules, like snipers, observers and spotters, cannot use their special rules.

The attacker rolls a die: on a 2+, a preparatory bombardment strikes the enemy positions (see Preparatory Bombardment page 118). On a result of 1, the barrage fails to appear, but you have your orders and the attack must go ahead as planned.

All bunkers are held by the defender at the start of the game regardless of where his troops are positioned. If a bunker changes hands during the game then it remains under the control of that side until it is taken back.

To capture a bunker there must be no enemy in it and you must move one of your infantry units into it. 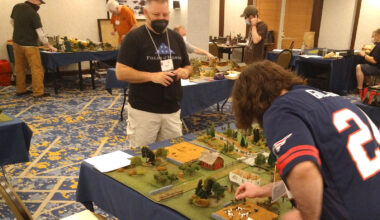 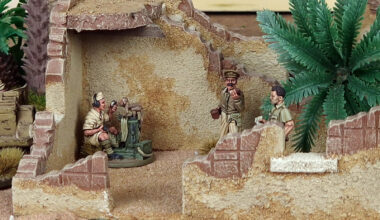 Read More
Plundering the Bolt Action ranges to create a highly characterful set of miniatures representative of the Indo-Pakistani War of 1965...
WWorld of Warlord 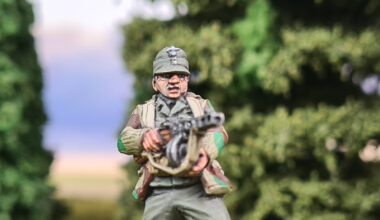 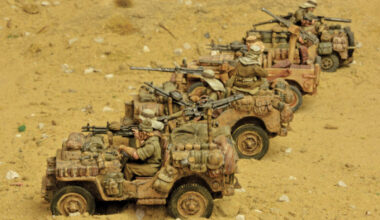 Read More
The oft-overlooked jeep was one of the humble workhorses of the allied war effort.