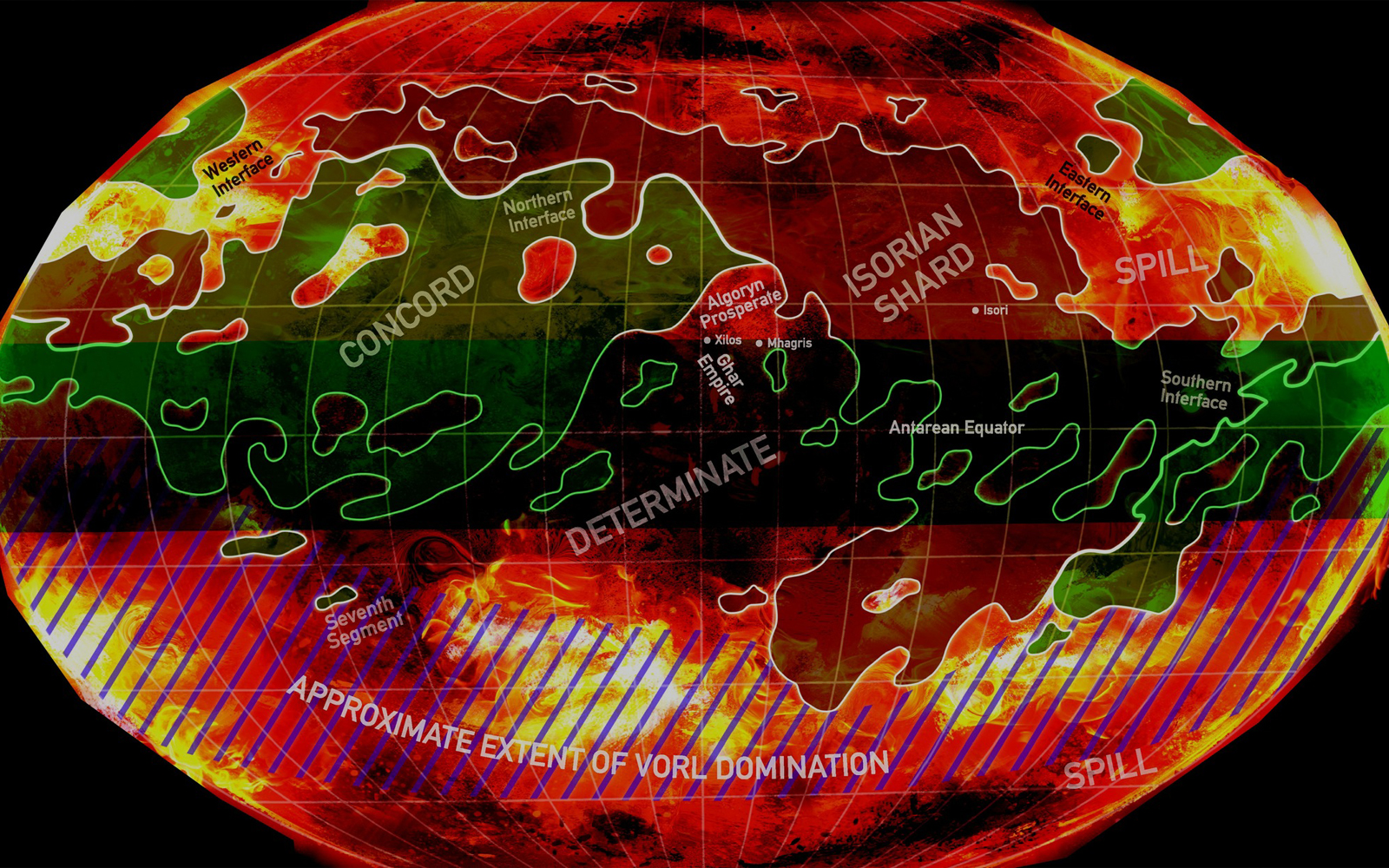 Home Mapping Your Own Antares – Part Two
GGates of Antares

Mapping Your Own Antares – Part Two

The second of our articles dedicated to applying the in-universe rules of travel to games and campaigns.

In the previous part of this series (read it here) we went into some detail as to how starships travelled around Antares. This included highlighting some of its time-dilation effects as well as outlining the dangers Antares poses for travellers.

Luckily for us, the Antarean civilisations long ago set up several different ways of mapping the surface of Antares to make it easier for travellers.  One is the time-honoured latitude-longitude system, which we translate into Old Earth degrees of arc, and the second is an icohex system.

Both these systems have a problem: from where do you start? The latitude or central baseline is relatively simple as it the equator is proscribed by the orbit of Obureg around Antares. As far as longitude is concerned, it is relative to each gate so has ended up being dominated by the most major interstellar organisation in each age. In short, a long-lasting civilisation like the Isorians always provides lat-long co-ordinates relative to its self: Isor is at latitude 25°40’26” north and longitude 0°.

A compromise was the icohex reference system. In short, this assumes a projection of the surface of Antares onto an icosahedron (a 20-side, regular shape), with co-ordinate system that divided the surface into 100 equal-sized hexagons, called icohexes, around the equator. The icohex reference system was created to be human-friendly and reused each new age, based on the co-ordinates of the first gate to open in each new age positioned exactly on the equator. This system is designated ‘System 0-0’ and default maps are constructed based from this system at the leftmost edge of the display.  Ironically, the gate to the 7th Age System 0-0 had long since closed before Isor was reconnected!

When projected around the icosahedron, this gives a map 100 icohex wide by 60 high with each icohex being around 2.58AU across. This proved popular as the majority of Antarean systems are along the equatorial belt. Each icohex is further divided into 60 smaller hexes called subhexes, the 60 chosen simplythat the vast majority of gates on or near the surface are never created much closer to each other than this distance, about 0.043AU. Of course, some gates at lower depths than a higher one in the same location complicate this a little, but the basic simplicity of separation remains (see the Antares Geopolitical map).  Travel between hexes takes around six hours for most ships, or 5-6 times longer in real time, which makes for a convenient measurement: 4 hexes a day or about six days elapsed.

This still leaves a huge number of subhexes in each icohex with potentially thousands of gates. To show a human-manageable detail, maps often just show a 10×12 subhex extract called a shardhex (pronounced ‘shar-dex’). Shardhex extracts indicate the subhex location, gate depth, system name and affiliation of each gate in a human-readable form.

The icohex reference format is:

We’ve produced an example shardhex located somewhere in the northern Determinate which we’ll use throughout this series of articles to illustrate the mapping process. The shardhex is generally referred to as ‘Tranlin & Highfors ‘ as it locates the important, independent trading hub at Highfors (in green) and covers one of the larger Spill kingdoms in the Determinate – the Tranlin Ascendency (in deep pink). Here, Highfors is at icohex 4442 and subhex 23-09 or, in full, Highfors & Tranlin:4442.23-09, and Tranlin is at 4442.29-08.

We’re in the process of identifying some useful shardhexes for players around the Determinate and will leave these just for players to map and locate their own campaigns, gates and systems.  In the next part, we’ll outline some of those shardhexes and discuss how they can be populated. 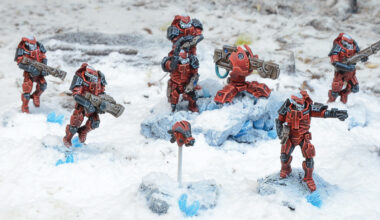 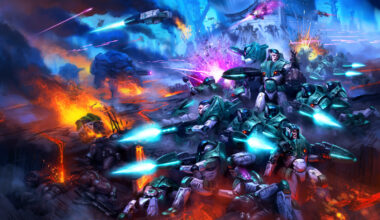 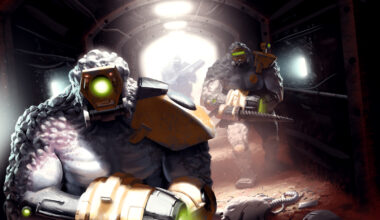 Read More
The Guild of the Under Fallen is briefly mentioned in the rulebook for Beyond the Gates of Antares. Here, Tim goes into much more detail about this secretive, sinister, yet highly influential guild of the Boromites.
GGates of Antares 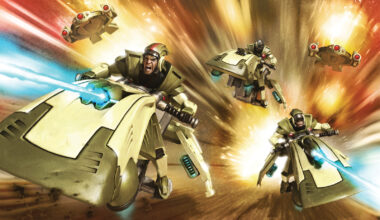 Read More
The first in a series of articles dedicated to applying the in-universe rules of travel to games and campaigns.