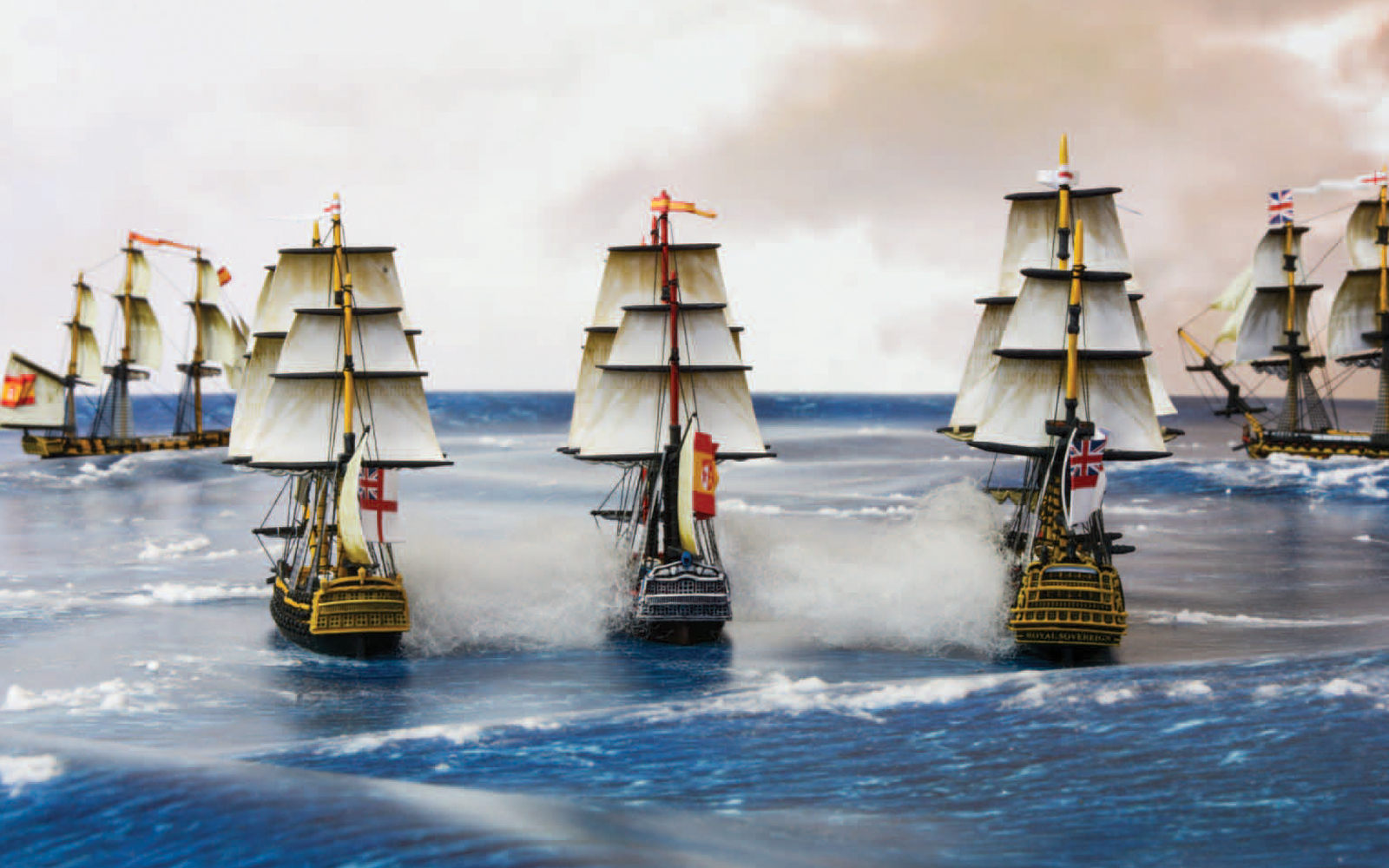 Black Seas enables you to select from a number of different types of ammunition. We examine their usage and impact in the game.

At the start of a game of Black Seas, or at the start of a ship’s activation, you can change ammunition at any or all gun positions. Whilst this does lend ships a decent level of versatility, this comes at the expense of not being able to fire any weapon position that changes ammo type in that game turn. This means you can have different gun positions loaded with different types of ammunition. Thankfully, Black Seas comes with tokens that you can attribute to specific gun positions so that you’re easily able to keep track through the flow of a game. Friendly reminder, mortars can never benefit from any of these specialised ammo types.

A chain shot consists of two half-balls attached to a length of chain and was used as a means to damage masts or sever rigging and shrouds of an enemy vessel. The length of the chain could be up to six feet. Once the shot had left the muzzle, it would travel in a tumbling fashion, which severely limited its effective range and accuracy. The use of chain shot soon died out with the introduction of rifled artillery and the use of armoured steamships.

In the game, they do not suffer as high a penalty when aimed high as other ammunition types, and if doing so have the opportunity to inflict extra critical damage. It’s not all good news though; when loaded with chain shot, any gun’s range is halved and they suffer a -2 modifier to hit when not aiming high.

The French Navy is particularly adept at aiming high, as they had a tendency to attempt to disable rather than sink enemy vessels. When using the national special rules you’ll find the chain shot invaluable. When it is loaded, French crews suffer no penalty at all when aiming high.

The practice of loading two balls at the same time reduced range but increased damage significantly. The effect could be devastating when used at pistol-shot range (the distance at which a pistol shot could have an effect). To avoid bursting the gun, reduced powder charges were used. Guns sometimes were double-shotted with canister or grape on top of ball, which would cause horrendous wounds to those unfortunate enough to caught in its wrath. In Black Seas, gun positions loaded with double shot suffer from a penalty to hit and will never inflict critical damage, though all damage inflicted is doubled in value.

When using the national special rules, the double shot is perfect for the Royal Navy, as their Gunnery Doctrine special rule effectively cancels out the negative to hit modifier. Historically, British crews were trained to wait for the optimal moment to unleash an initial broadside. There are rules to reflect an initial broadside attack in the game, you can combine this with double-shot ammunition for absolute devastation upon any enemy vessel, particularly of the vessel is extra large and equipped with the Master Gunner upgrade!

This tactic is inherently risky however, as the double shot range of 8″ is extremely limiting. Remember on any turn you change ammunition on a gun position it cannot fire until the following turn.

In an attempt to ignite enemy ships, red hot shot, also known as heated shot, was occasionally used. An iron shot would be heated in a furnace. Once lodged in an enemy ship’s dry timbers, it would set alight. This was a dangerous practice as the danger of drop shots and even the act of heating the iron rendered a danger to a ship. It was more common practise of shore forts, where such danger did not exist.

If a critical hit is inflicted by this ammunition, it sets the target alight in addition to any other critical damage effects. When using red hot shot in a gun position, carronades are unable to fire. Additionally, there is a chance that a shot can be dropped, which sets the firing ship alight! Best not try this shot-type when fielding L’Orient!

Stacks of smaller round shot in several layers were fitted in canisters. When fired, the balls would scatter over a wide range, using the same concept as a shotgun, splintering wood and flesh with ease. Grapeshot was most often used to disrupt an enemy crew, to kill or injure officers, or as a counter against the enemy boarding parties.

These attributes are reflected in the game. Grape Shot is the most limiting of ammunition types in Black Seas, with only a 3″ range. The damage can be significant, but it has a niche usage, bolstering the ability of a ship’s boarding action the same turn it is fired. 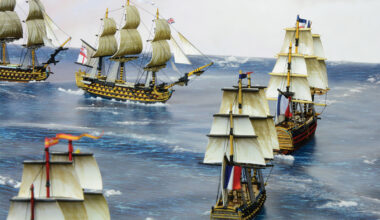 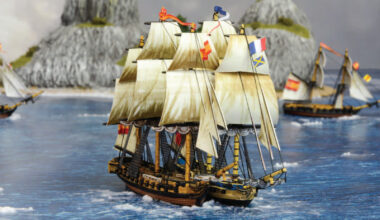 Read More
Though Black Seas miniatures are fantastically detailed in and of themselves, you can take them to another level by using thread to attach rigging lines to your ships.
BBlack Seas 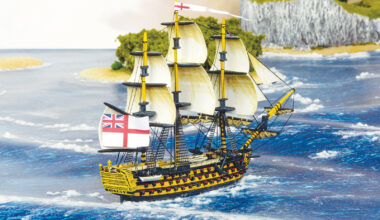 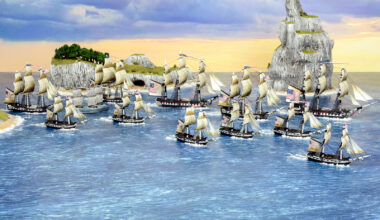 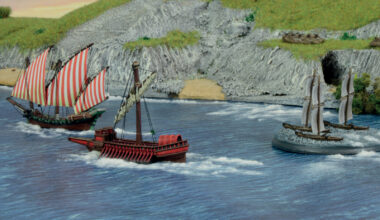 Read More
In this Yarrrr-ticle (sorry not sorry), we take a look through the "bring-em-closer" at the forthcoming supplement...